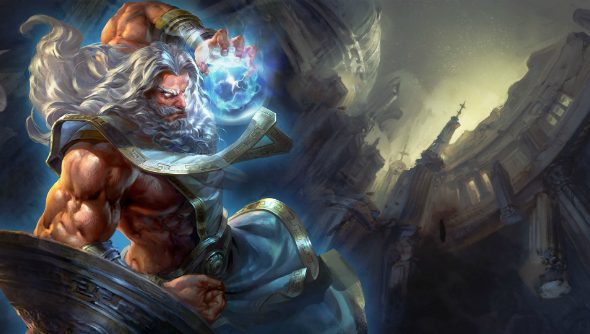 Professional Smite team EnVyUs was hit with a round of fines for forfeiting a league game after 90 seconds before two members departed the squad.

For more games at the right price, check out the best free games on PC.

The team were playing in the North American Smite Pro League on Thursday evening against SoaR gaming when, having lost the first in a Best Of Three series, they attempted an unusual start to the second game.

All five hiding in the enemy jungle, they attempted to use Talaria Boots and Traveler’s Shoes’ high mobility to get an early assured gank and steal SoaR’s jungle camp buffs.

They failed to do both, feeding four kills to the solo off-lane Baskin’s Bellona, putting her at level 4 less than two minutes into the game. EnVyUs then immediately forfeited, breaking several SPL rules about sportsmanlike conduct.

In particular, section 4.1 of the Hi-Rez rules states forfeiting before the 10-minute mark is a no-go and will result in “punitive measures”.

The punitive measures decided on by league operator and developer of the game Hi-Rez Studios, was that all five members of the EnVyUs team would be fined $500 each.

Team owner Mike “Hastr0” Rufail was not pleased with his team’s performance, tweeting “Even in the most frustrating times as a professional and a competitor, it is never acceptable to give less than full effort.”

EnVyUs vowed to discuss the incident with team management, and shortly after this announcement, Ryan “0mega” Johnson and Evan “Snoopy” Jones declared they would be leaving the squad.

“I personally feel like the drive to be the best and the drive to improve as a team just wasn’t there,” Johnson wrote in the announcement. “We kind of were just accepting that we were the #7 team rather than trying to improve to the #1 team. That’s not a very good feeling in my opinion.”

Snoopy had been on the team for just over a week, neither has open trade offers and will become free agents.