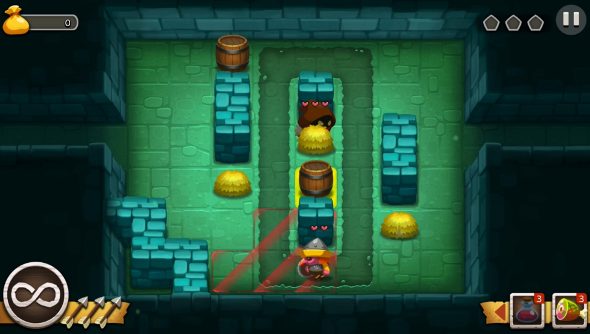 Stealth and puzzle games sit pretty close to each other on the family tree of genres, which the best of the former transforming stealth into complex conundrums. Even a quick glance at Sneaky Sneaky hints at its puzzle roots, which isn’t surprising given that developer Naiad Entertainment includes ex-PopCap folk.

But it’s also a turn-based dungeon crawler, with loot to be grabbed and enemies to be avoided, or snuck up upon and stabbed in the back.

Naiad has thrown up four levels of the beta build in video form for your eyes to devour, so take a gander below.

Sneaky Sneaky is due out this year.