Recently, indie devs and now-publishers Rebellion had to comment on a story that leaked out about a possible Sniper Elite 4, a new game in their long-running shooter series. Along with confirming to us that, while they have an announcement to make before GDC, they had nothing to say, CEO and co-founder Jason Kingsley also spoke to us about leaks, how they impact developers and the industry as a whole.

Here’s the list of upcoming PC games that are definitely happening.

“We’re a bit split on leaks and rumours, whilst they can be fun to read from a fan perspective, from that of a professional actually inside the industry they are a mixed blessing.” Kingsley explains, “If it’s about your own company or game, a surprise story based on leaks or rumours can be a load of hassle. There are very good reasons that devs tend to plan their reveals very carefully. It’s not some sneaky PR conspiracy to ‘control the message’ for no good reason.”

It’s a matter of those outside the industry not realising the affect these stories can have, he says, “I think what people underestimate is how many different partners can be impacted. At the extreme end of the scale, leaks and rumours can actually affect a company’s share price. Luckily that’s not something we have to worry about, but what if a report negatively impacted a deal that was being negotiated with a publisher or distributor? Or what if an individual never gets to work in the industry again because a leak came through them by mistake?” 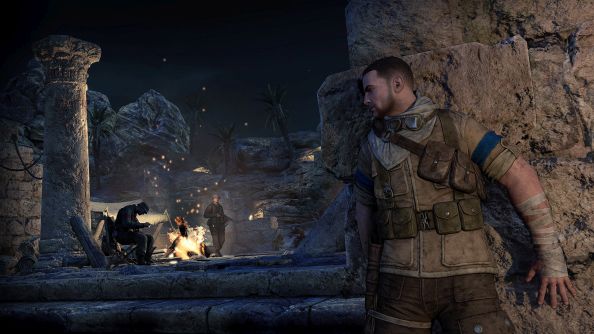 Of course, he understands why they happend, and why people want to read them “Leaks are great for readers, and great for the media that publishes them because they often feel alive with illicit thrills and raw, un-PR-spun energy.” He also addresses their recent problem directly, “VideoGamer.com were very good about giving us a short but valuable window of time to respond to the ‘Sniper Elite 4’ claims and that really helps – you don’t want to have to make snap judgements in the heat of the moment. In the end, we’re all lucky to work in a field where we all want the same thing – to play exciting games!”

“On a personal level, we prefer to get great coverage for our titles,” he continues, “but in a free society I’d also point out that players and journalists have the right to be indifferent, or even to hate our work and to write about it in those terms. I might not be happy with a scathing review, or negative comments, but we should all value them as part of the press’ freedom.”