Ford has announced it’s resurrecting the Bronco line of SUVs that it discontinued in 1996 – the 2021 Bronco has been redesigned for the modern age, as well as high-end modern wallets. But thanks to the magic of modding, now you can drive a classic Bronco around in the muddy wilderness of SnowRunner.

Ford Bronco 1983 for SnowRunner by modder k0les0 is a faithful reproduction of Ford’s compact SUV as it looked in the ’80s (and I can personally verify this, because I was there). It’s a two-door SUV based on Ford’s pickup chassis, and it bounces around through the mud just the way you’d expect it to do.

As with the Chevy 1500 scout truck in SnowRunner, k0les0’s Bronco has a meticulously crafted interior, which is a definite joy to behold if you’ve ever taken a ride in one. There’s the same weirdly skinny steering wheel, the faux wood veneer panelling, and the chintzy chrome-plated plastic window cranks that will pull off in your hand during the dead heat of summer at some point. K0les0 has also added a few authentic skins, giving you the option of a few two-tone paint jobs in addition to the standard palette of block colours. 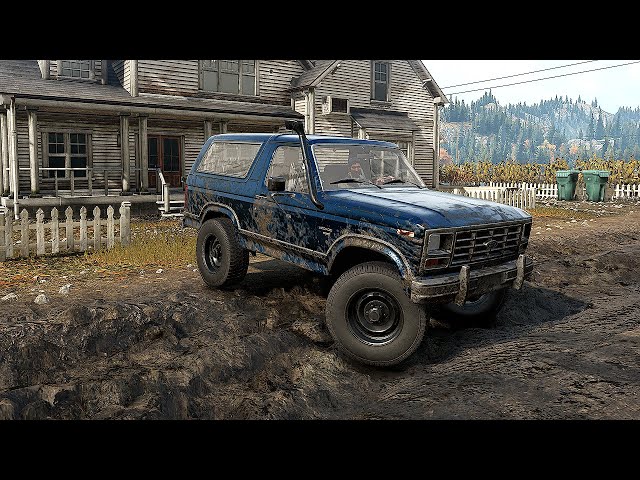 The modded Bronco looks perhaps a bit too bouncy in some of the video sequences, but that’s okay: k0les0 says they’re taking feedback via the comments on the mod’s Mod.io page, which also happens to be where you can download and install the mod.

We’ve had a blast with this game, as you can read in Ben’s SnowRunner review. If this is the kind of thing that gets your motor running, have a look through our list of the best truck games for PC.