With Michigan, Alaska, and Siberia conquered, there’s only one sensible place for SnowRunner to head next, and that, friends, is Canada. The Great White North, it’s home to Geddy Lee, Sandra Oh, Keanu Reeves, and probably hundreds of beavers, and it’s the setting for the first new maps for the truck game‘s second season, which kicks off today.

SnowRunner Season 2: Explore & Expand includes two new maps, which are called Flooded Foothills and Big Salmon Peak. These make up the new Yukon region in Canada, and are four square kilometres a piece. Developer Saber Interactive notes that this means SnowRunner is now 50% bigger than it was at launch, although they’re sliding in the new Rift map that was added to Taymyr back in June.

Your task in Canada will be to aid in the construction of a new ore processing facility, and Saber Interactive says you’ll have a multitude of ways open to you to approach the job. For raw materials, for example, you’ll have to choose whether to source them from the shipyard or find recyclable abandoned buildings scattered across the treacherous region.

Here’s the trailer, which is full of trailers: 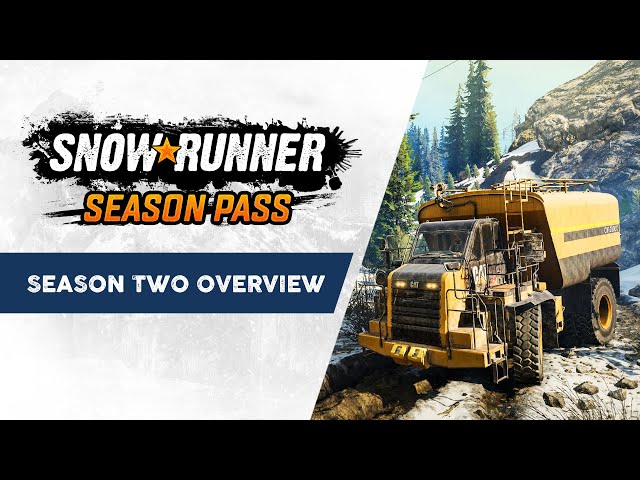 Three new vehicles are coming with Season 2. There’s the CAT TH357D AG, a handler rated for loads of up to 3,500 kg. There’s also the CAT 770G, an off-highway truck that’s the largest vehicle ever to appear in the franchise. Then there’s the KRS 58 ‘Bandit,’ an 8×8 with a built-in crane that’s handy for tricky rescues.

You’ll likely be doing a lot of rescuing in the Yukon, which is riddled with swift-flowing rivers that cut through the region’s slippery mud and snow and can spell disaster for poorly planned loads.

Season 2 is available as standalone DLC, and it’s included in the SnowRunner season pass. However, the update also includes new content for all SnowRunner owners – there are two new trials, two new Xtreme Cargo, new missions in Taymyr and Alaska, and new options for customising the interiors and exteriors of your fleet of heavy duty trucks.

Now grab some Timbits and a bag of milk, and get ready to head north.