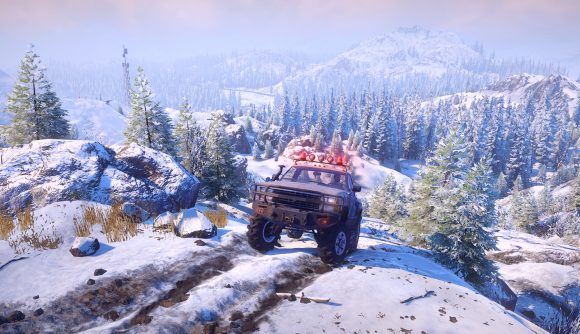 Imagine, if you will, the Death Stranding version of Euro Truck Simulator 2. That’s SnowRunner, basically – although it doesn’t have Conan O’Brien or Mads Mikkelsen in it. What it does have, though, is a bunch of extreme environments, through which you’ll need to haul heavy loads using powerful trucks. It’s one of our favourite simulation games ever, and it’s finally coming to Steam and the Windows store next month.

SnowRunner launches on Steam and the Windows Store May 18, along with its three seasons’ worth of additional content that expand the truck game with new maps, vehicles, and jobs to do with them. Since it first launched on the Epic Games Store, SnowRunner has seen a lot of free content updates as well, and those will all be included in the Steam/Windows Store version when it arrives.

There’s plenty more content in the form of mods, too – players have created more than a thousand mods for SnowRunner since it first came out, so you can add new custom trucks, original maps, and all new missions.

Here’s the trailer (there are trailers in the game, too): 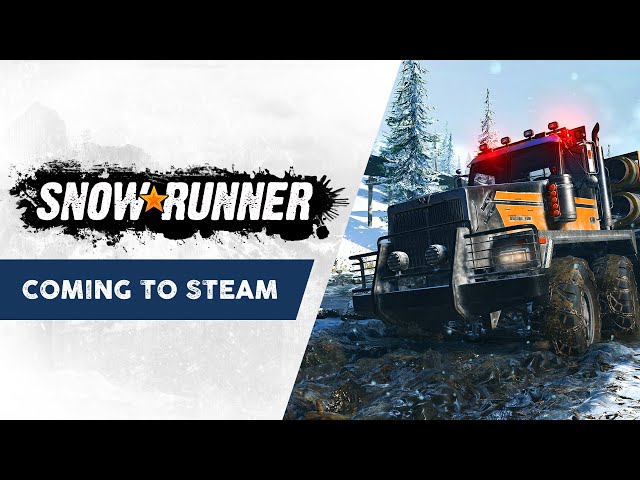 SnowRunner takes some of the ideas first found in Spintires: Mudrunner and elevates them – it’s the ‘final form’, if you will, of what began as a sort of experiment with creating believable mud conditions in a game. In SnowRunner, you’ll have mud, snow, rivers, and more to contend with as you gradually unlock new vehicles, new repair and refueling stations, and new equipment to use as you venture into increasingly dangerous areas in the wilderness.

It works a lot like a Metroidvania, all things considered, and it’s a whole lot of fun – especially as a co-op game. Read our SnowRunner review if you’d like to know more about one of our top-rated games of 2020.