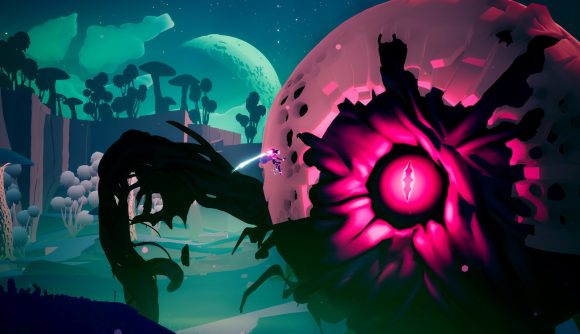 Heart Machine, the indie studio which brought us Hyper Light Drifter, has finally announced its follow-up: Solar Ash Kingdom. We’ve got little detail besides the lovely 3D visuals on display in the debut trailer, but it bears quite a bit of stylistic similarity to the previous game – right down to the ethereal soundtrack provided by Disasterpeace.

The studio’s Alx Preston tells IGN that Solar Ash Kingdom will stand apart from Hyper Light Drifter thanks to “a whole new set of incredible tech and key innovation.” Preston also says that “we strive to tell a beautiful story through our world, the atmosphere, our characters and even our gameplay – each aspect of our games are painstakingly considered – which requires a large investment of time.”

Solar Ash Kingdom is not a direct sequel to Hyper Light Drifter, though it does take place in the same universe and shares “some of the HLD blood,” according to tweets from Heart Machine. Additionally, as the trailer implies, it’ll be a full 3D title with a third-person camera.

You can check out the debut trailer below.

The logo at the end suggests that this one is only coming to the Epic store. Publisher Annapurna Interactive is working with Epic on another upcoming exclusive in the Journey PC port.

At this point, we’ve got no concrete information on when the game is coming, and given how long the wait for Hyper Light Drifter was, we can probably expect Solar Ash Kingdom to be a long time coming, too.