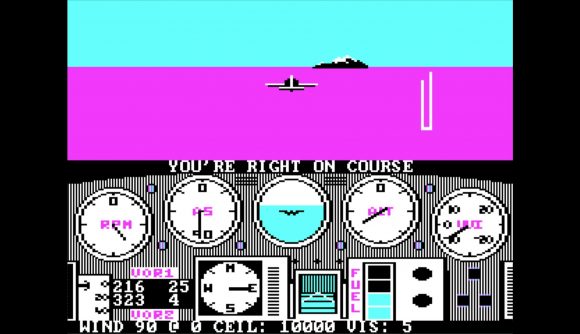 We all know Sid Meier best as the creator of Civilization, but he only led design on one of those, and he’s got a whole catalogue of classics outside of it. Among his earlier games are a set of flight simulators developed at MicroProse, which are now available on Steam. The release comes as part of the ongoing MicroProse revival and also sees the modern launch of several more of the publisher’s OG simulation games.

While MicroProse would later be known for a wider variety of game genres, including numerous strategy classics like the original Civilization and X-COM, Meier originally co-founded the company alongside Bill Stealey with an initial focus on flight simulation. Several of MicroProse’s later sims – Harrier Jump Jet, Dogfight: 80 Years of Aerial Warfare, and The Ancient Art of War in the Skies – are also now on Steam.