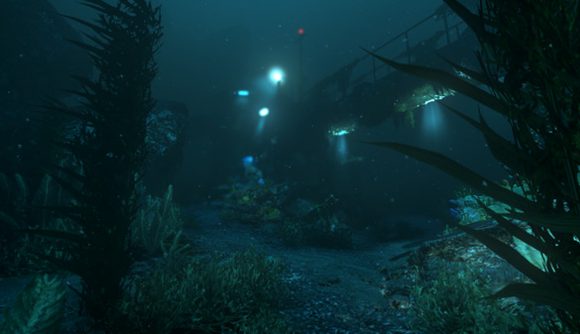 Frictional Games, the studio behind such horror hits as Amnesia and SOMA, has revealed the vaguest of vague teasers for whatever its next project is going to be.

Frictional’s site for announcing new games – conveniently titled NextFrictionalGame – came to life within the last 24 hours to show a small, blinking light in the center of the screen. The pulsating image is running on a four second loop and, for now at least, is ominously unclickable, leaving us to stare endlessly into the void awaiting something more substantial.

This kind of mysterious, slow-burn marketing is Frictional’s forte. Amnesia: A Machine For Pigs was preceded by an alternate-reality game that involved Google Maps images and searching the website’s search code, and SOMA had years of trailers and various clues before launching in 2015. Frictional has been working on two new projects since the success of SOMA, with one described as “horrific in nature” in a blog post from the developers in 2017, while the other is to be something about players “gaining an understanding of different concepts”. At the time, the former was much further along in development than the latter.

Being four years since SOMA, this is the longest gap in the studio’s output to date. That said, Frictional’s work has tended to meet anticipation, as evidenced by the strong sales for SOMA. A full decade after first release, we still consider Amnesia: The Dark Descent to be among the best horror games on PC.

If you missed out on any of Frictional’s work over the years, or just haven’t found the time to give any of them a try, Steam currently has deep discounts on the entire back catalog in the Steam winter sale. SOMA is sitting at $4.19, both Amnesia and its sequel are $1.99 each, and Penumbra: Overture is less than a dollar at $0.99.