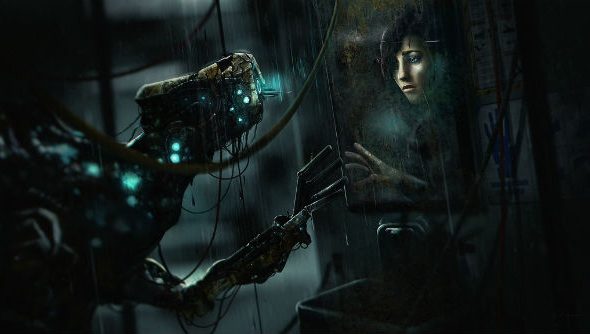 The guys behind SOMA gave Kirk some fascinating insights into how their game was made.

While being stalked by unhinged beasts, hiding inside conveniently placed lockers, and guardedly forecasting jump scares (or attempting to, at least) makes up much of survival horror games, there’s something to be said about their settings themselves. Any horror game worth its salt should offer a harrowing stage from which to tell its gory tale – even if we’re often too preoccupied trying to survive to properly notice.

The Wuss Mode: Monsters Won’t Attack mod for SOMA made by Steam user The Dreamer “renders nearly all enemies in the main story non-hostile during regular gameplay”, meaning you’re free to wander around PATHOS-II, the underwater remote research facility upon which the game takes place, at will. I can imagine that introducing a whole new level of horror. A full description can be found on the mod’s Steam Workshop page, where it can also be downloaded for free.

Warning: the slightest of SOMA spoilers lies ahead.

I thoroughly enjoyed my time with SOMA when I played it last year, however often felt there was a certain arbitrariness to the monstrosities lurking its grounds. Too often it felt like they were after me just because that’s what we expect from horror games – that no matter what, enemies are designed to hunt and kill. I’m eager, then, to see for myself how Wuss Mode works in practice but before I do, let’s have a look at the mod in motion together:

If you’ve had the chance to give Wuss Mode: Monsters Won’t Attack a bash, let us know how you got on in the comments below.