And if you’ve ever found yourself looking through the Sonic sections of sites like DeviantArt, Sonic the Vadgehog will probably come across as positively heartwarming. The (arguably) safe for work trailer is below, and you can tell by watching it that it’s as much about memes and one-liners as it is about titillation.

“I want you to go Knuckles deep” is definitely one line in the scene, as is “The carpet matches the drapes… and my butt.” (If you’re wondering: yes, they’re all blue.) 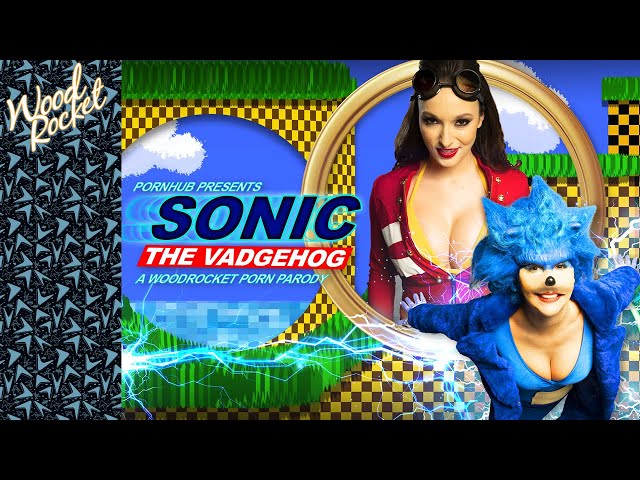 The scene stars April O’Neil under some profoundly upsetting prosthetics as Sonic, with Lexi Luna as Dr. Hobotrick. There are even a couple 2D platforming sequences, for reasons I am not going to try to explain.

We’re not going to link directly to the video, which you can watch in full on the sites mentioned above, but if you’re interested in a viewing you can put your years of Googling experience to the test.

The big question is, which version of Sonic is better: the original design from the Sonic movie, or April’s? Beauty is, of course, in the eye of the beholder.