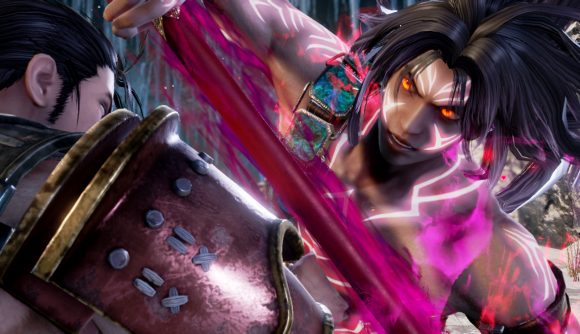 Linux historically hasn’t been a robust gaming platform, though Valve’s Steam Play features aim to change that. But Soulcalibur VI shows some unfortunate side-effects from those measures, as players are getting banned from online play if they launch the game using those built-in Linux compatibility features. Worse yet, the ban is account-wide – so you’re still out of luck even if you switch to Windows.

If you launch Soulcalibur VI using Steam Play on Linux, you won’t be able to play online. Reinstalling won’t help, nor will installing the game on separate PC, or switching to Windows. The ban appears to be linked directly to your Steam account, so your online recourse would be to repurchase the game on a separate account.

We’ve contacted Bandai Namco for further information on what’s happening, but we haven’t yet gotten a response. For now, the exact nature of the bug is up to educated guesses – judging by the specifics of what’s happening, it looks like the compatibility layer is triggering anti-cheat protections and directly banning accounts.

Speculation is rampant on the Steam forums, and a fair few players have placed the blame squarely on Soulcalibur VI’s Denuvo DRM layer. While it’s not technically impossible that Denuvo’s to blame, there’s no evidence to suggest it is. If Denuvo takes issue with your setup, you typically can’t launch the protected executable at all – this bug has affected online play only, and by all accounts the remainder of the game plays just fine.

Steam’s Linux tools are technically still in beta, which means there are plenty of caveats on title compatibility and unexpected bugs. But a sudden account-wide ban when trying out a particular game is bit beyond what you should expect.