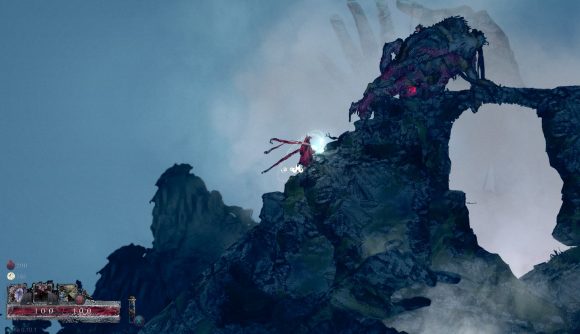 One of the tricks H.P. Lovecraft used to make his tales scarier was to avoid actually describing the horrible monsters his characters encountered. He’d tee them up with the suggestion of a fish person or tentacle, but then have his narrator conveniently pass out from sheer terror. The idea was that these creatures were so awful as to defy comprehension by the human mind. And so, Source of Madness might be on to getting Lovecraft right by removing humans from its monster design entirely.

Instead, in this roguelite platformer, you’ll be facing off against a different array of monsters each time you begin a new run. The game uses a machine learning AI to generate new creatures each time, although they all seem to fall broadly under the motif of The Very Hungry Caterpillar Goes to Innsmouth.

You’ll explore a wide variety of locales in a world that changes for each run, and the art that forms each area is similarly generated by AI neural networks. Your job is to travel across the Loam Lands from the Tower of Knowledge to the twin Tower of Madness, and everything seems to be going pretty badly in the areas between them. 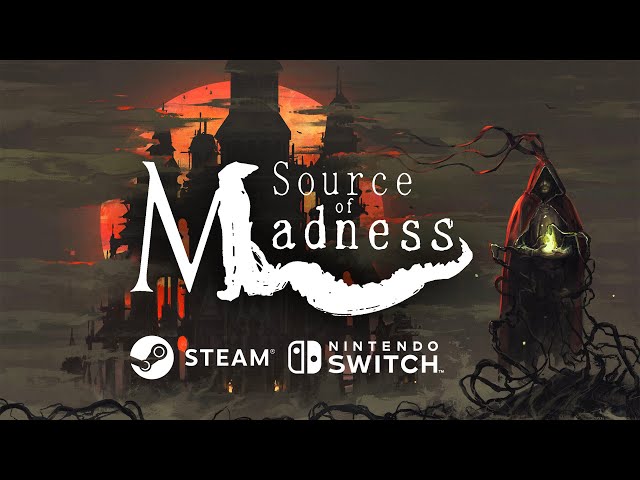 Source of Madness also features a realistic physics model, nine separate biomes, and four bosses to defeat. You’ll use your enemies’ blood at special altars to make permanent progression by unlocking new magic to use in combat and hone your playstyle.

There’s no specific release date set yet, but look for the game on Steam sometime next year. Be sure to check out our list of demos to try during the Steam Game Festival – there are more than 900 to try for free right now.