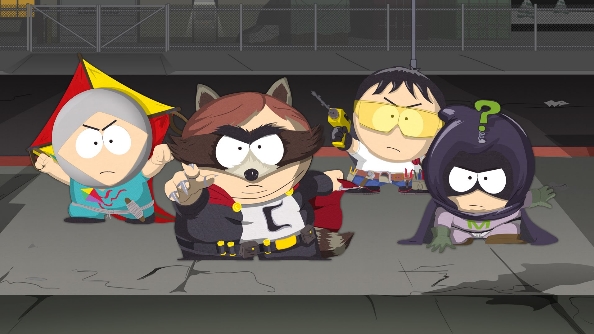 South Park: The Fractured But Whole’s opening act sees you, as the New Kid, toppled from your position of high renown in the last RPG as the kids begin a new Superhero-focused game of make believe (but real).

For more RPGs that maybe don’t have as much flatulence, try the best RPGs on PC.

As such, you’re dumped right back to a nobody and need to re-roll your character at the start, but this time putting away the crowns and capes of The Stick of Truth and picking up the spandex and…er, capes. In the latest gameplay footage we’ve grabbed from Gamescom, see which superhero types you get to start as, as well as hints of the other classes you’ll presumably unlock later in the game.

We’ve got all the other juicy first gameplay sessions from Gamecom this year on the YouTube channel, so if you’re looking for more sneak previews do the like and subscribe dance over there. As always, we’re happy to hear from you friendly folk if there’s something you’d like to see, so comments are open.