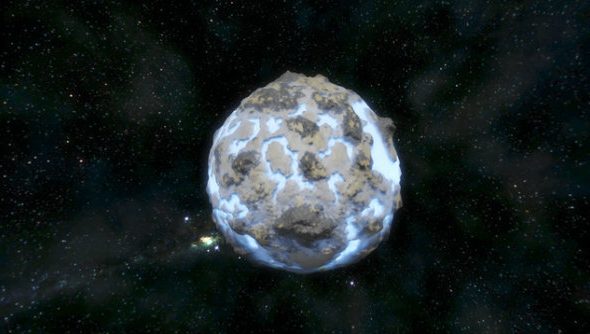 Planets are SO in right now. There’s a virtual space race going on, but while Elite: Dangerous and Star Citizen face-off, Space Engineers has proven to be the dark horse, adding a variety of planets to its spacey sandbox and letting creative players loose with them and the empty space in between.

If you like space, why not check out the best space games on PC.

It’s not quite as committed to realism as something like Elite: Dangerous (you can drive round one of Space Engineers’ biggest planers in an hour, where it could take you ten days to travel the circumference of a planet in Elite: Dangerous) but it certainly has more variety and isn’t limited to rocky or ice planets.

The developers of Space Engineers have just released a video detailing how they approached adding planets to the game, what challenges it posed, and how it opens the creative sandbox up to more emergent play.

If you’re looking for some interesting insight into the thought processes behind the planetary update, check out the video below:

It’s not just in-game creations, either. The addition of planets has opened up whole new worlds – quite literally – for modders.

From incredible recreations of planets from the Star Wars universe to the brilliant named ‘Skull Moon’ (it’s a moon with a skull on it), there are over 100 creations on the Steam Workshop already. It’ll be interesting to see what the game’s modding scene looks like in a few years time.