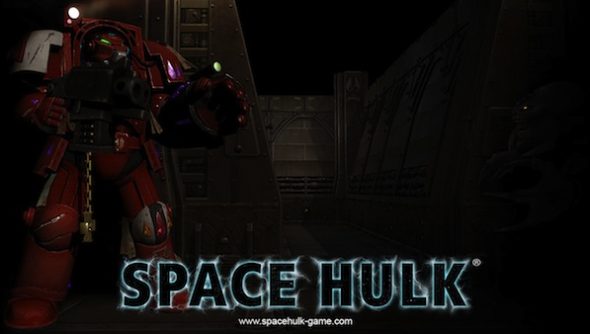 It’s not a sequel to the rather wonky but much-loved 1993 first-person organ donation sim. That’s the first thing to get out of the way. What it is – what it incredibly is – is an honest-to-God translation of the Games Workshop board game for PC and Mac.

Space Hulk will be a 3D turn-based strategy game developed by Full Control, with single player sourced from the board game’s Sin of Damnation campaign and cross-platform multiplayer across PC, Mac and iOS.

Multiplayer will come in both head-to-head and co-op colours. There’ll be a level editor included at launch in 2013, and future expansions will be released as DLC.

Space Hulk has an exquisite set-up: an ultra-grizzled Blood Angel Terminator squad is sent to investigate a distress signal on an ancient shell of a ship, an elephant in the “graveyard of space”. Too late they realise their mistake, and are forced to fight for their lives in claustrophobic corridors against Genestealers, the Tyranids’ most fearsome.

And some very unofficial amateur stop motion dramatics over on YouTube:

We are too late.