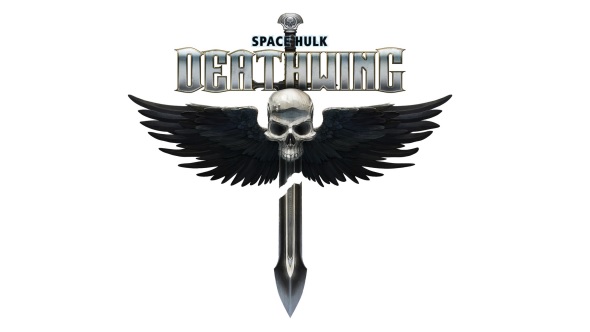 Following an apparent leak of almost 20 minutes’ worth of Space Hulk: Deathwing footage earlier this week, Focus Home Interactive have uploaded a lengthy gameplay video of their own.

Blow stuff up with your mates in some of the best co-op games on PC.

The original video has now been taken down, but you can watch a mirror here (many thanks to reader Anakhoresis). While the first video had much of its gameplay elements in place, the new footage is far more polished; there are new UI elements, such as a squad status display in the lower-left and a powers tab next to the radar. We see powers firing, including AoE and ranged lightning strikes (possibly a Storm Fist there, 40K nerds). Crucially, it’s much smoother, with the stuttering frames of the first video having almost vanished.

Textures in general look sharper, and there’s a lot of chatter through the comms (possibly too much, if anything). It stars the titular Deathwing company of the Dark Angles, in their distinctive bone-coloured armour, rather than boring blue Ultramarines, and takes place in some more interesting environments. Whereas the first video was a trudge through samey industrial corridors, the second includes a fight with a Tyranid Warrior in a chapel.

It’s possible the first video was captured much earlier and just leaked late, which would make Focus Home doubly keen to get it offline and replaced with more current gameplay.

Deathwing fans: did the first video make you worry? Are you now reassured?

The leak was first picked up and Tweeted out by All Games Delta earlier today:

The footage was posted to YouTube by user “MyNameIsAleidan” under the misleading title “Alien 2016”.

We’ve been unable to confirm its original source or authenticity of the leak, but as you can see it shows a game in a relatively advanced state, which would fit with the game’s impending December 9 release.

Lighting, textures and animations are all in place, as are features such as a level-up system, voice chat, and limb-based damage. There are a few different enemy types, including a Carnifex (skip to 15 minutes), though the vast majority are the same old Genestealers. There are also several Space Marine class variants, each with different weapon loadouts, from which to choose. Could this be the 40K universe’s answer to Vermintide?

There are some concerning technical hitches, such as stutters in the frame rate, but that’s not entirely unusual with three weeks still to go until launch. Space Hulk: Deathwing is currently available for pre-purchase on Steam with a 15% discount if you buy early. That’ll reduce a £29.99 price tag to £25.49, or $33.99 USD.