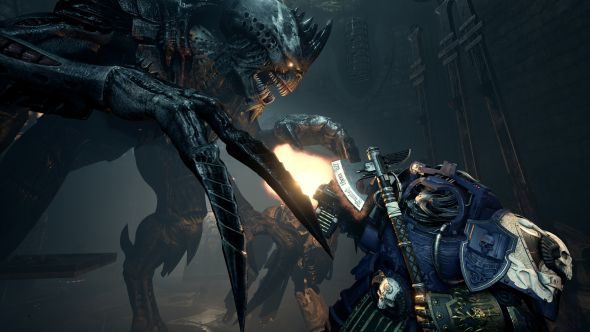 Originally due for launch in just a few days, the Left 4 Tyranids-style Space Hulk: Deathwing is getting an extra week of coding time to get in ship-shape before the new launch date of December 14.

Have a look at some of the other best FPS games on PC while you wait.

The dev team explain that the delay is to “address the technical points raised” including “drastic improvement in loading times, optimisation of general performance, improvement of interface and menu elements, sound-design changes including character voices, and fix of numerous bugs and nearly all occurrences of crashes.” Quite the list.