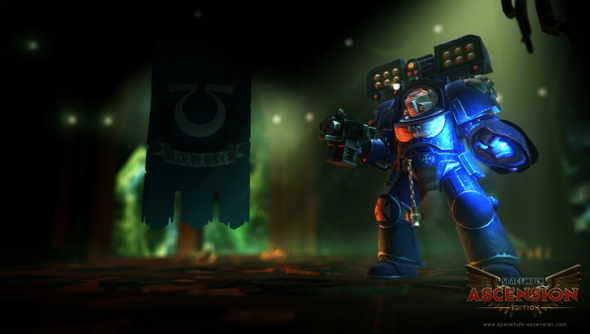 Travel is dangerous in the warp – and somewhere between the board and the PC, Full Control’s Space Hulk was lost in translation. It was a good adaptation, but a worse game – and nothing in its subsequent DLC releases changed that.

Ascension isn’t a sequel, but it is a major enough rework to warrant the sending of another search party. Full Control have introduced Terminator-naming and an XP system to their claustrophobic corridors.

“In Space Hulk Ascension, we have kept the core elements of Space Hulk that make it such a unique nerve shredding experience, but we have added new content and features, which take the game to a whole new level,” said Full Control boss Thomas Hentschel Lund. “It is a new and intense experience that will blow the minds of both new and old players.”

Expect “RPG-style” mechanics – which as in most non-RPGs means a semblance of permanent progression for your characters, rather than branching dialogue trees. An also-ran turn-based tactics game does not XCOM make, but individually-levelling, personally-named squaddies might go some way to co-opting the tension of Firaxis’ masterpiece.

Space Hulk Ascension will be out on Windows, Mac and Linux sometime before Christmas. Will it be everything it aspires to be, do you think?