If you’re a multiplayer games or battle royale games fan, you’ll likely have checked out Spellbreak. And if you’ve checked out Spellbreak, you’ll probably have heard it recently got a brand-new feature – a Chapter System, which adds missions as part of an evolving story. This is a little different to many of the other battle passes around, and it turns out the game’s developer is keen to draw on the way stories are told in another genre altogether: MMORPGs.

In an interview with developer Proleteriat Inc’s CEO Seth Sivak, we asked about Spellbreak’s new Chapter System and the importance of lore and story in the game. “We want to bring the storytelling from MMORPGs into Spellbreak,” he told us. “The Prologue was a little taste of this and Chapter One will be another good step towards this goal. We want players to tune in every week for the next step in the story that’s playing out across the Hollow Lands.”

The Prologue Chapter, Gathering Storm – which was released in late October – added the system, which is how the studio is “going to deliver ongoing content to the world of Spellbreak,” as explained by design director Jesse Kurlancheek in a Reddit post.

“More than just a simple ‘Battle Pass’, Chapters combine new quest content with an evolving story, delivered every week, along with a series of long-term rewards,” the dev explains, adding later in the post that the studio’s aiming to launch brand-new Chapters “every 12 weeks or so”, with tweaks like bug fixes, new features, and balance changes threaded into them. 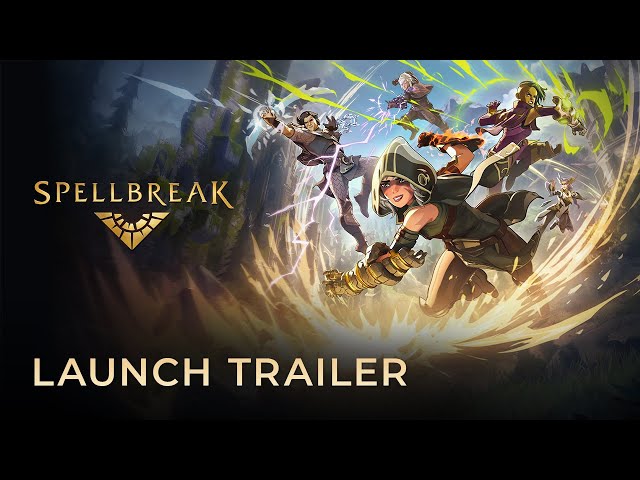 “By tightly coupling the story to the quests and gameplay, we’re able to create something more enjoyable and engaging than if they’re left separate,” he says. Similarly, Sivak tells us the Chapter System also gives the studio “the chance to do interesting quests and activities for players”.

It seems, then, that while Spellbreak is more in the multiplayer action or battle royale space at first glance, we can expect the way its narrative is told to be more along the lines of an MMORPG, perhaps in a similar vein to Final Fantasy 14, Guild Wars 2, or World of Warcraft.

There’s no word on when Spellbreak’s Chapter One will arrive just yet, but Sivak does say the studio will “have more to share soon” and encourages players to “please join the hundreds of thousands of players in our Discord community”.