Spellbreak, easily the most anime battle royale game ever made, will launch later this year as a free-to-play title on PC and current-gen consoles. Developer Proletariat says the move to free-to-play will make sure it’s easy for players to get a group of battle wizards together and start hurling spells around.

If you haven’t heard of it yet, Spellbreak takes the battle royale concept and replaces all the weapons with insanely powerful magical spells. You can pick a type of mage you want to be, then combine elements and spell types for even more cataclysmic effects. Who needs a SCAR or motorcycle when you can summon a fire tornado or an X-Men-style ice slide to swiftly jet across to safety?

Spellbreak’s battlemages can also fly, speaking of traversal. There’s a big map to explore, full of ruins and treasures, and everything is rendered in a lovely cell-shaded style reminiscent of The Legend of Zelda: Breath of the Wild. That makes the game fairly scalable, and at launch it will support cross-play between PC and all current consoles, including the Nintendo Switch.

Here’s a trailer that shows off some closed beta gameplay: 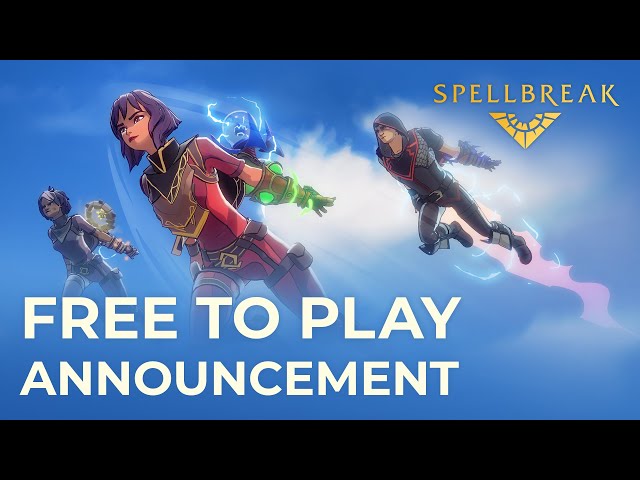 On PC, you’ll be able to play Spellbreak through the Epic Games Store.
Proletariat has been selling ‘Founders Packs’ for Spellbreak which have granted players early access to the game for alpha and beta testing periods. Those packs also include significant sums of in-game currency that will become available when the game launches.

There isn’t a specific release date for Spellbreak yet, but Proletariat says it’ll be out sometime this year. You can keep up to date with the latest at the official Spellbreak site. If you dig the look and the idea of flying around and screen-melting spells, have a look through our list of the best anime games on PC.