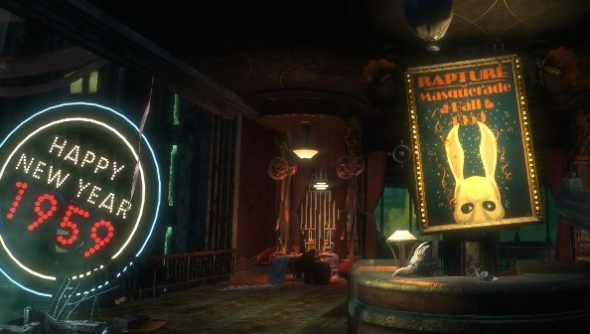 Every PCGamesN staffer has had his turn at the helm, and now comes my opportunity to point the bow at the rocky shoals of editorial vanity and unfurl the sails to bring us to flank speed. Get ready to hear about games I loved in 2012, and the fever dreams they inspired.

In keeping with what is apparently our new PCGamesN tradition, let me tell you about my holiday. I went home to visit my family for the first time in two years, only to discover that my nephew has turned into a teenager in the intervening time, and my youngest niece is now a little girl who can hold conversations and everything. It felt very much like I had been abducted by the Ghost of Christmas Future and, with all the ham, cookies, eggnog, and scotch I consumed, I’m pretty sure I caught a glimpse of my own gravestone.

But the most important thing I discovered on my visit home is that my parents got rid of broadband Internet access… and replaced it with a 5 GB per month 4G wireless data plan.

Even crazier? After looking at the pros and cons of their circumstances, I can understand why they did it.

In my parents’ corner of the United States, they have the choice between AT&T or Comcast as their broadband ISP. They have tried both and found the bills tend to trend ever upwards while service and speeds remain the same of get even worse. Their time with AT&T was rife with service outages and endless phone calls with an indifferent customer service department. For all this they were paying about $100 per month.

So they decided to cut their bill in half and bought a wireless plan from Verizon. Now, admittedly, my parents didn’t fully understand that 4G was not the same thing as broadband. But what they did understand is they were paying half as much every month for something that was reliable and adequate for their purposes. They did think it strange that leaving an iPad on could max out their Internet cap, but put it down to the general evil of strange new-fangled devices. The iPad presently gathers dust underneath some magazines, surely an ironic and symbolically revealing victory for print.

I mention this because, being on a university broadband connection for the past four years, I have forgotten how bad broadband is for much of the United States. People like my parents have a choice between two options they’ve found unsatisfactory in the past, and so they’ve made what turns out to have been a rational decision to give up on broadband in their area. If there’s one thing I’d like to see change in 2013, it’s this sorry state of telecommunications affairs in the United States.