“It’s like I just looked up from my desk for the first time in a year,” says Offworld Industries’ Chris Greig.

It’s actually been 14 months since we last checked in with Squad, the standalone Unreal Engine 4 shooter from veterans of breakout Battlefield mod Project Reality. In that time, Greig has coordinated a campaign with military efficiency. In May 2015 Offworld pitched the project on Kickstarter – where first-person shooters “generally get obliterated” – and more than doubled their target.

Is the best FPS on PC single-player or multiplayer? There are serious contenders on both sides.

Backers were pulled in by the promise of realistic infantry and vehicular assaults connected by positional voice chat. And they were convinced by developers who communicated with them.

At the outset, the studio told their backers they were “under no illusions”; that Squad would cost in the region of $3 million to finish, far more than their Kickstarter total. But Offworld kept in touch with their nascent community, continuing to sell founder packages via PayPal on their own site, and eventually exceeding the $434,805 earned on Kickstarter. From there the team were able to head into Early Access knowing they had enough money to see Squad through to the end, while hiring on full-time staff faster than they’d hoped.

Coordination and communication: Offworld are juggling the same qualities they venerate in Squad’s tagline. Success in Squad requires organised, tactical planning; it needs leaders capable of guiding multiple squads across large and malleable maps – now unrestricted by Project Reality’s creaky Refractor engine – capable of carrying 50 players on each side.

There are just a handful of shooter communities that can boast that sort of patience and maturity. Those of Natural Selection; Arma; and, as luck would have it, Project Reality.

“We had people playing after the Kickstarter for about two to three months,” says Greig. “We got our core community playing full-time – especially for the last 40 days or so, we just opened up the servers to them and let them become seasoned.”

Ahead of the Early Access launch, Offworld let their players know that Squad’s fate rested with them. 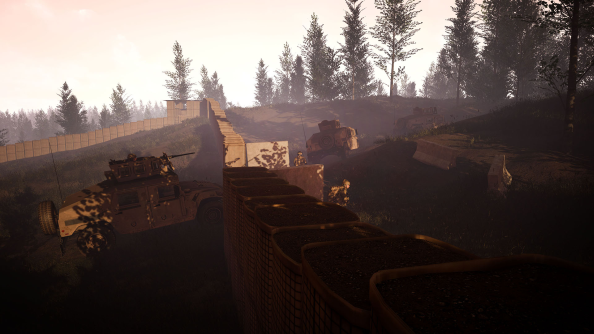 “We really had to rely on the people we knew from the community and the clans and really just pump their tyres,” Greig recalls. “Be like, ‘You guys are going to help us make or break this. We’ve done our part – you are going to be there in the servers, and first-time experience is everything.’”

Squad arrived on Steam before Christmas, and precisely what Offworld expected to happen happened: the Project Reality blood was diluted with newcomers, and the old guard lost some of their ability to shape the battlefield. That’s been both good and bad for Squad.

“There were some habits that come from playing [Project Reality], even though Squad’s not the same game,” explains Greig. “We were looking forward to that getting cross-pollination with other games, getting new ideas and ways to play.

“The negative was that, with 180,000 new customers, you’re going to get some unsavoury characters. I’ve seen some stuff. I’ve played enough videogames to know what goes on with multiplayer. But you know, anti-social behaviour is not even the word for it.” 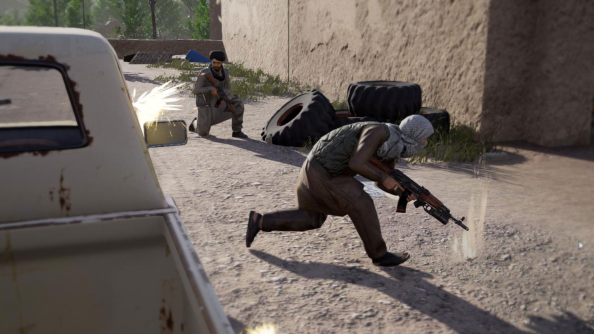 Offworld have had their eyes opened to the “weird anonymity” that sees players fashion swastikas on the ground out of Squad’s deployables, for instance. And there’s been division on the dev team about how to counter it.

“There are a lot of mechanisms you can put in place, like being able to mute somebody, or lock your squad, or vote kick,” says Greig. “They don’t solve the problems, though. You don’t deal with the core social issue of people thinking it’s OK to do stuff like team-kill.”

While clan servers have admins 24 hours a day and end any behavioural issues before they’ve begun, those servers are also always, always full – and therefore off-limits to most players. The tricky part is replicating the experience en masse.

Offworld are considering a teamwork reputation system that Greig compares to “kindergarten gold stars”. Something that encourages the creation of a culture that polices itself. 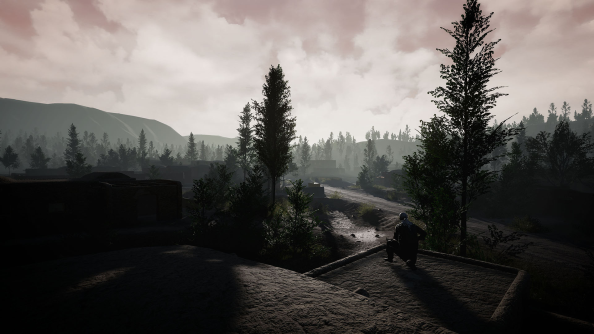 It helps, of course, that Squad is a game that encourages chain of command – that requires the aforementioned coordination and communication. Offworld have taken advantage of access to UE4’s source code to implement their own physics, and as Squad’s maps get bigger, Greig envisions cargo trucks rolling back and forth – taking supplies to player-built forward operating bases. It’s the kind of logistical ambition that demands players to work well together.

“I feel like in a lot of first-person shooters nowadays, the players are like orphans,” suggests Greig. “You don’t need to know anybody. Squad is not like that at all. You inevitably meet people because you have to talk to them. You have to be part of a family. Whether it’s a good family or one of criminals, birds of a feather flock together.”

In this sponsored series, we’re looking at how game developers are taking advantage of Unreal Engine 4 to create a new generation of PC games. With thanks to Epic Games andOffworld Industries.