It’s hours before I finally get my first kill in Squad. Crawling through a trench for the best part of half an hour, I manage to get myself behind a cluster of enemies who have my team’s stronghold pinned down and under heavy fire. I can vaguely make out where two hostiles are by the localised plumes of dust kicked up by their every burst of machinegun fire. I move in for the kill.

For a friendlier day at the shooting range, check out the best FPS games on PC.

With scarcely two hundred yards separating me from my targets I stay prone and attempt to close the gap so that I can quickly take both of them out without compromising my position. I get lost in the opium fields for a few minutes as the gunfire stops and I have no Polaris to guide me. That’s when I stand up, spot my targets, open fire, and get killed by four soldiers I unbeknowingly crawled past. Two seconds spent engaging my targets and a brief glimpse of the pink mist I so badly craved – a disappointing payoff for two hours spent fumbling my way through a warzone. 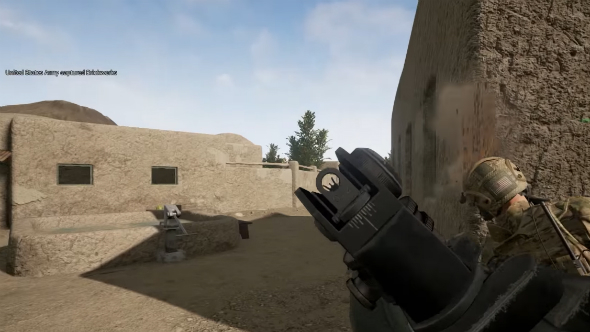 Prior to that I had done an excellent job of firing at a suspicious-looking house in the distance. I’d also valiantly repelled a direct attack on a friendly-held base by squatting near a window and shooting at its frame every time I got nervous, which thanks to the deafening cracks of nearby grenades and the many deceased around me, was very often. When I had emptied every magazine and all but thrown my sidearm out the window, I equipped a shovel and readied myself for a last-ditch charge. It turns out that none of that was necessary as the previous ten minutes of gunfire had actually come from friendlies who were mounting a counter-attack.

Going into Squad I expected a certain level of this: dying to unseen enemies, the chaos of war and sound design so realistic you can feel it at the base of your spine. That’s the side of war simulators like Arma III, Insurgency and Squad that I have all the time in the world for. Games that simulate how absolutely terrifying it is to hear gunfire and not know where it’s coming from, or see a group of enemies converging on your position from all sides.

But there’s something else that gets ported over from reality to game, and that’s how totally powerless you are. Take a bullet and you’ll have the small matter of bleeding out to address. Likewise, even the best marksman won’t be able to overcome the fact that bullets only travel so far. You can only run for short periods, and not very quickly. You’ll also die to potshots and see your entire squad eliminated by a single grenade or lone enemy rifleman lying in wait. According to Squad, war is hell. 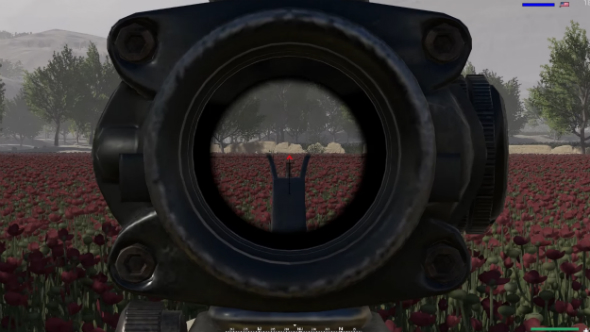 Most of the time you won’t see who killed you, leaving you with nothing to reflect on or mull over during the lengthy trek back into the combat zone. Working in a squad isn’t all it’s cracked up to be either. At one point I found myself serving under a floundering squad leader who ordered us to mount a Melchett-inspired raid so futile my fellow squadmates immediately began arguing back, eventually turning on their leader and exiting the game. This left me and Melchett hunkered down in a mud hut, too far from help and under heavy fire. The next ten minutes saw us gradually worn down by grenades and glances of machinegun fire. It’s made for a fun war story, but the moment-to-moment gameplay was exhausting and left me embittered. I killed Melchett, left the game, and looked for a new server.

Even in well-functioning squads, I never felt like more than a pawn in someone else’s game: being shouted at for joining an attack when I had been ordered to sit next to a wall and watch for enemies is a world away from the frenzied killstreaks of the Call of Duty series. 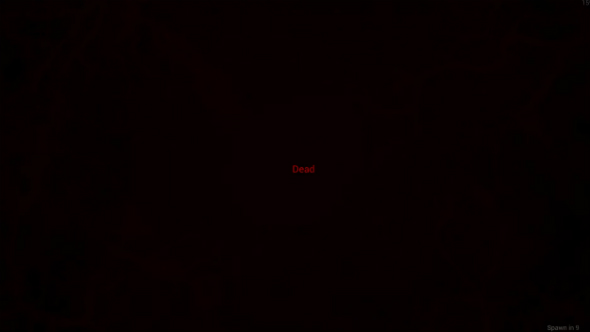 I’m surely the problem: a gamer with a half-interest in faux realism and not enough commitment to stick it out for more than an afternoon gaming session. I had an equally miserable start to my Rainbow Six: Siege career, with nearly twenty rounds played and not a single kill or win to show for it. I let good squads down and contributed to the swift downfall of bad squads. I died quickly and I died often. But thanks to killcams and spectator tools, I always knew why. After two hours that eventually translated to me getting better. I was getting the occasional kill, staying alive long enough to make a difference and always offering a service to my team. An additional ten hours and I’d effectively sussed the game out.

By contrast, I had just one kill to show for two hours of drudgery, two if you count my betrayal of Melchett. But that’s not why I stopped playing Squad, it’s that I still hadn’t had a sniff of that eureka moment that every multiplayer shooter harbours. I plan on going back into Squad and giving it more time to click with me, but the knowledge that I’ll be way out of my depth and likely another two hours from any sign of improvement makes it a return I’m not relishing.

Any advice to offer an aspiring squaddie? Let us know in the comments below.