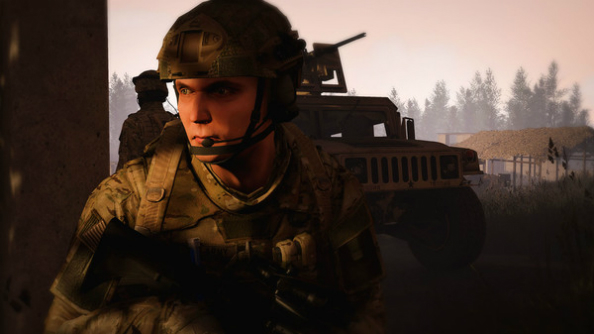 If you dig massive multiplayer firefights, you may be interested in Squad. After recently enjoying a successful Kickstarter campaign, the big ol’ shooter is headed to Steam Early Access in early December.

If you like squads in general, check out the best PC strategy games.

What makes Squad stand out from COD or Battlefront? Its jumbo player count, that’s what. Matches revolve around 50 vs 50 battles, which span infantry combat and vehicular skirmishes on both the ground and in the skies.

Developer Offworld Industries – who were formed after their work on Battlefield 2 mod Project Reality – are keen to emphasise the importance of combined arms in Squad. They claim an overly itchy, lone trigger finger is no match for coordinated assaults in these 100-player shootouts.

Squad’s Steam page is now live, and promises “strong squad cohesion mechanics” (sexy!) with “larger scale coordination, tactics and planning”. Player-constructed bases can be built by commanders, while you’ll also have to consider strategies like blocking off supply routes or holding off on frontal attacks until aerial reinforcements can be called in.

It may not quite match the scale of a PlanetSide 2, but Squad is rocking some pretty impressive numbers all the same.