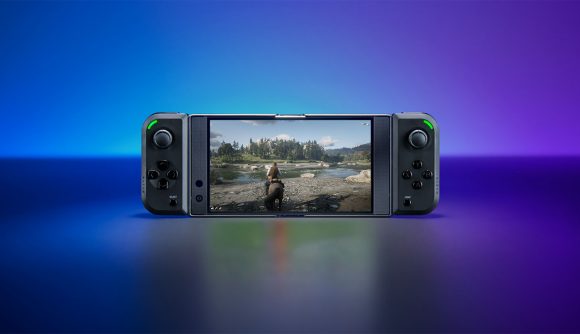 Google Stadia will be supported on a greater number of smartphones from tomorrow. Currently only available across Google’s own Pixel devices, triple-A gaming beamed directly from the cloud will soon be supported across heaps of Samsung’s Galaxy smartphones (S8 or newer) and breathe new life into the Razer Phone and Asus ROG Phone.

There are 19 more phones joining the Stadia roster, finally allowing users to leverage the service on the go beyond Google’s Pixel range. The company promised to support a greater numbers of smartphones for its cloud gaming service as and when it could ensure full compatibility, and it’s now making good on that for many users some three months after launch. There’s bound to be further devices added to the list later in the year, too.

This expanded support also means that mobile gaming phones, such as Razer and Asus’ competing wares, are able to offer something resembling a PC gaming experience from your pocket. In tandem with their mouse and keyboard support, Switch-like docks, and extra buttons built for nimble gamer digits, gaming smartphones powered by Stadia could make an alluring pairing – akin to a barolo alongside a butternut squash ravioli.

Google Stadia currently supports the following smartphones as of February 20, 2020.

You’ll will still be required to track down a suitably hardy WiFi connection to stream Google Stadia. Gaming from the cloud is thirsty work and requires 10Mbps minimum for a 720p experience. Luckily, on mobile, the resolution crunch (and texture crunch as we found out in our Google Stadia vs. GeForce Now benchmarking) favoured by Google’s servers will be less noticeable than across one of the best gaming monitors or a sizeable TV.