William Pugh, co-creator of The Stanley Parable, has put out some teaser screens and an ARG-style site for his team’s new game. The teaser site contains some written letters (which hint at the story), some sound files and some garbled text. The internet will figure it all out, I’m sure.

Why not read our big interview with William Pugh on the success of The Stanley Parablein the meantime. 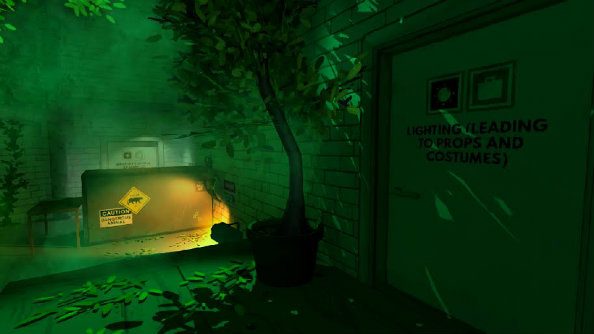 As for the debut game from Pugh’s new studio Crows Crows Crows, the internet is already on it. People over on Reddit are furiously trying to piece together the mysteries of the ARG teaser.

So far we have two letters containing a conversation with two police officers talking vaguely about bed linen-based allergies and possible museum thieves.

Elsewhere, a sound file has been uncovered – it’s a mysterious series of beeps backed by the sound of the ocean. An abstract picture of a sailboat accompanies it. 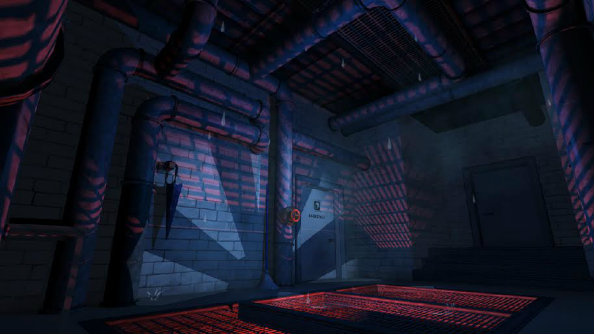 What’s that at the base of the vault in that first picture? It appears to be a ship’s wheel. Expect something to do with the sea. Maybe. If you sign up for the news letter you get a picture of a dolphin. They live in the sea, you know.

The other two pictures scream ‘backstage at a film studio’ to me, so perhaps this will be some sort of sightseeing trip through a bunch of different movies.

One thing is for sure: story will be the focus. It’s not a lot of information to go on, but it’s not as vague and sudden as the release of Davey Wredan’s The Beginner’s Guide, at least. Over to you, Reddit.