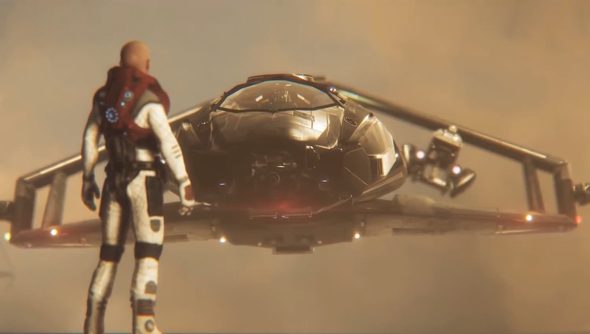 There are few Kickstarter success stories as wildly successful and promising as Chris Robert’s Star Citizen; on Kickstarter alone they raised well over $2 million, but it appears that was only the first drop in the ocean, rather than any sort of stopping point.

Since that Kickstarter ended back in November, Roberts Space Industries (who are developing Star Citizen) have kept their website open to pre-purchases and funding, and the numbers have just been ticking upwards ever since.

As of yesterday, they’ve hit the $15 million mark.

With that number comes a pair of unlocks: the Escort Carrier class ship will now be added to the game, and every ‘backer’ will receive a digital 42-page Upgrade Handbook that’ll act as a guide to properly tweaking your spacecraft inside the game.

Not only this, but RSI are confident enough that they’ll continue to amass funding for the game that they’ve detailed not only stretch goals for the $16 million mark, but the $17 million mark as well. Which is understandable, when they’ve had no signs that the funding is going to slow anytime soon.

The whole project is hugely exciting, not least because they keep putting out these sublime and gorgeous trailers for their spaceships that are in-fiction adverts as if they were made by the manufacturers, and that’s something I can wholeheartedly get behind.

I mean, get a load of this: