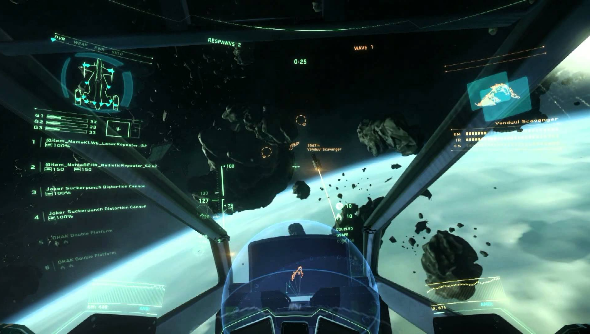 Arena Commander 1.0, Star Citizen’s dogfighting multiplayer mode, left the hangar late last year. It looks like the pilots were more eager than the marketing team though, as the trailer for the mode has only just arrived. It shows off plenty of laser blasts and exploding ships, making the mode appear quite a hoot.

The first iteration of Arena Commander features three environment maps, seven game modes, and twenty one ships to choose from. The trailer’s a pacy one, making it look like a place where pilot rivalries are born, matured, and destroyed over the course of every game. If you’ve not been convinced by Star Citizen so far, this trailer could be the one to perk your interest.

If you want to join the ranks of Star Citizen’s fleet, $45 will grab you a pass into Arena Commander over at the RSI website.