The latest alpha build of Star Citizen, Alpha 3.6, hones in on the ‘citizen’ part of the title. This latest build introduces law and order to the game’s persistent world, and that has a host of knock-on effects.

Alpha 3.6 is a pretty substantial update, and the new law and order system headlines the list of changes. Players who break the law will encounter NPC security forces and police, and these will track down, fine, or even kill criminals. This isn’t a particularly new idea in a space sim, but Star Citizen is making things a bit more interesting than just robot cops coming after rules-breakers.

First, the universe is broken down into ‘jurisdictions,’ and these will have their own particular approaches to laws. Some actions that are legal in certain areas are considered crimes in others, so it’s important to pay attention to where you are and what the local ordinances are.

More interesting still is the fact that criminalizing certain substances in certain areas creates grey and black markets for those items, and that’s the economic driver behind everyone’s favorite space activity since Han Solo first showed up on movie screens: smuggling.

There are plenty of other changes as well. There are new missions themed around skirting or outright breaking the new laws to earn heaps of money. That’s handy, because now just about all of Star Citizen’s more than 90 vehicles can be bought with in-game credits from Ship Purchasing Kiosks. 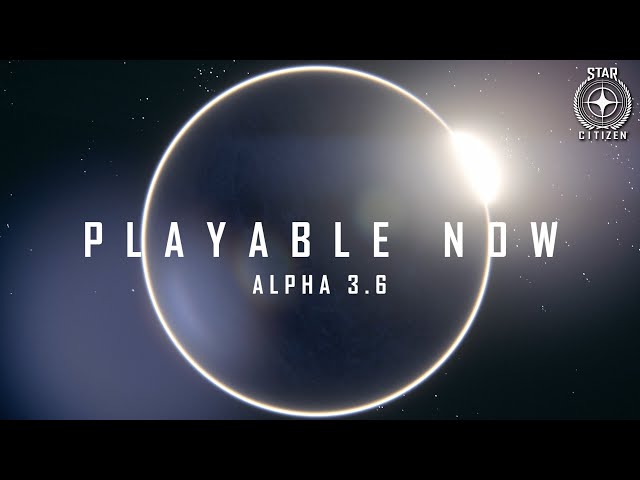 Again, the law system is the marquee addition in Alpha 3.6, and the hope is for it to give Star Citizen’s universe some thematic topography.

“Star Citizen has always been about player choice and playing the way you want to play, but that doesn’t mean it’s a lawless universe,” Chris Roberts, Star Citizen’s game director and the CEO of Roberts Space Industries, in a press release. The new law system is “yet another step on the road to a fully breathing dynamic universe that reacts to and is shaped by the players actions.”

Outlawed: Our guide to the best crime games

In-game communications systems have been improved, and now players can use Voice over IP or Face over IP to “hail” other pilots, the way we’ve seen done for years in sci-fi television programs and films. Another nice touch is an overhaul on the exterior visuals of space stations, which now look a lot more varied and lived in, thanks to the placement of neon advertisements and other idiosyncrasies on their hulls.

Finally, ships with VTOL (vertical take-off and land) capabilities will now enter a hover mode when they slow down near a planet’s surface, making landing a much gentler experience for everyone aboard.

The full rundown on Star Citizen Alpha 3.6 can be found over at the Roberts Space Industries site. While the company has offered some eye-wateringly high-priced pledge packs in the past, you can pick up a Mustang Alpha or Aurora MR starter pack for $45 USD and start exploring.