Forbes has just published a detailed 3,400-word report on the development and funding of Star Citizen, reminding us once again that there’s a lot about this extraordinary, ambitious project that’s pretty troubling – from the lawsuits leveled against developer Cloud Imperium Games to the fact that despite its years in development, the game only has “two mostly finished planets, nine moons and an asteroid” completed, according to Forbes. That’s a far cry from the “100 star systems” promised when crowdfunding began.

When its Kickstarter first launched in 2012, backers were given an estimated release date in 2014. The game has since ballooned, promising new content and features, and is still far from complete. With the addition of spaceships, which Cloud Imperium is selling many different models of for up to $3,000 each, funds for Star Citizen have only increased – but the game’s still seemingly no closer to actually coming out.

Many backers have looked for ways to reclaim their money, but not many would continue to buy these expensive spaceships while seeking refunds for the $4,500 they’ve already spent – like backer Ken Lord apparently did.

It seems odd to spend thousands of dollars on DLC for a game that’s not out yet (and may never come out), but it’s not altogether Mr Lord’s fault. As Forbes details, Cloud Imperium has cleverly turned the act of spending money on Star Citizen into an elite club – players spending $1,000 get the rank of High Admiral, for example, and it takes over $10,000 to become a Wing Commander. Each rank comes with unique DLC for the game, including such delights as an exclusive pistol or a bottle of space whiskey. 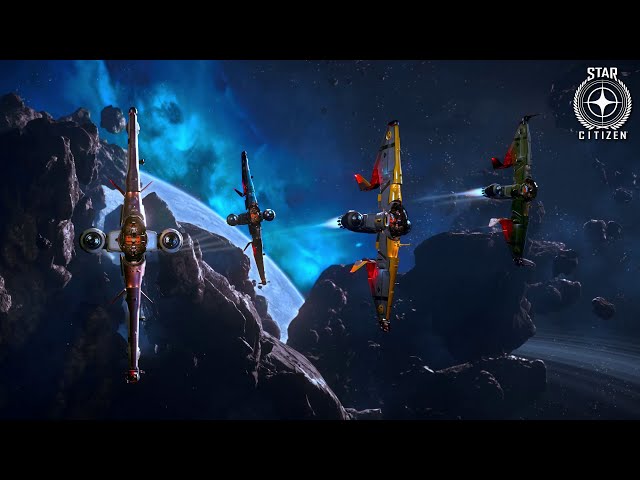 Ken Lord, a 39-year-old data scientist who suffers from worsening multiple sclerosis, originally backed Star Citizen in 2013 and went on to spend over $4,500 on spaceships – for which he unsuccessfully sued Cloud Imperium in 2018 to get a refund. However, he claims to also suffer from “poor impulse control”, which is possibly why he continued buying spaceships even after his refund bid failed. “You take something that is bad, like spending too much money on a video game,” he says, “and turn it into a socially exclusive club and make it desirable – cheers to their marketing department.”

Related: Here are the best space games on PC

The Federal trade commission has apparently received 129 consumer complaints regarding Star Citizen – requesting refunds as high as $24,000, according to information revealed by Forbes in a Freedom of Information Act request. Currently Cloud Imperium only grants requests for refunds purchased within 30 days – which of course excludes anyone who backed the game. The developer says this policy is “fair”.

Star Citizen has been a fascinating thing to watch for the past – that’s right – seven years since the announcement of its Kickstarter campaign, but every now and then, something comes along to remind us that there are real people like Ken Lord getting hurt by it.