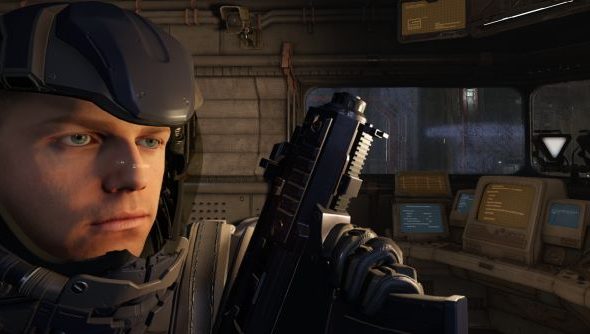 The ongoing development of Star Citizen is fascinating, no matter if you’re invested for half your mortgage or just an eyebrow-raising outsider like me. Both from the point of view of “will they pull this off?” and in the openess of development you expect from Kickstarted projects, but one with the budget of a full AAA game. It’s now soared past $85 million of pretend starship money, ballooning the project in scope. After the drama a fortnight ago the latest updates see the teams still hard at work.

The full post goes into more detail, but the meat of it is trying to blend netcode and animation with seamless third to first person transition in an engine designed for flying spaceships around in deep space rather than moving men through corridors. That combined with trying to make, you know, a good game is proving quite the challenge.

On the netcode side, things have improved dramatically for the servers tracking player movement, particularly more subtle elements like which direction their body is facing and how their head is turned. They are still having problems with more unusual movement though – jumping, anything involving stairs and quick changes of direction.

RSI also showed off the latest graphical improvements to the Gold Horizon level:

The various teams arerendezvousing in Germany at Gamescom next week. Full details on who’s going where, when and what you can get if you’re attending have been announced.

Any big (or small) time Starvestors out there? Any thoughts as things progress? I really like how open these dev updates feel, considering the scale and expense of the project. Like many others looking in I’m just excited to see what happens, for good or ill.