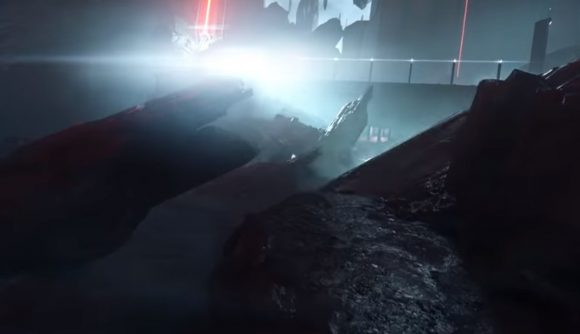 A new visual teaser for Star Citizen’s upcoming single-player campaign Squadron 42 has been released, compiling and showcasing the work the team has done in 2019 putting together the mode.

The video is essentially a three-and-a-half minute tour of the kind of cosmic beauty players can expect when they finally set off on the journey. First, there’s an array of planetary locations, showing off all the colors and large-scale backdrops that’ll come with exploring the universe. Then, we switch to the man-made objects, looking at the ships, colonies, and other spacecraft that’ll be dotting the starry landscape. Most of this is just a floating camera in an empty corridor or room, but we do get a few seconds of first-person movement as a player-character climbs and moves around certain scenes.

The footage is a welcome update, as the open beta was delayed earlier this year from summer 2020 to sometime between July and September 2020. Star Citizen developer Cloud Imperium Games has rejigged its development process, with half the overall team working on the current quarterly update while the other half lays the groundwork for the next, and Squadron 42 has needed a bit more time as a result.

Only a few weeks ago, it was revealed that Star Citizen had raised over $250 million as part of its ongoing crowdfunding campaign. The record-setting, and highly ambitious, space MMO continues to expand as the developers work to make all that investment worthwhile.

Squadron 42 is another facet of that ongoing roll-out, a single-player adventure that features a legitimate Hollywood cast, including Gary Oldman, Andy Serkis, Gillian Anderson, and Mark Hamill. The production on a previous trailer introducing Hamill’s character was so good, it had some unwitting fans thinking the Jedi Master was involved in a new Netflix series.

In other Star Citizen news, some other new features were teased at the most recent CitizenCon, including new missions and planets. If you’re looking for your space-faring fix while Squadron 42 is put together, you can boldly go to our list of the best space games on PC.