Why would Cloud Imperium host CitizenCon 2015 in a big and, frankly, slightly cold hangar at Manchester Airport? Why invite Star Citizen’s most devoted backers to congregate under the wings of a British Airways concorde? Perhaps because the passengers of that plane came closer to space than commercial flyers ever have since – close enough to peer through dinky windows into the inky blackness above. Perhaps because the concorde represents unfettered ambition, realised over many years by an international team. Perhaps so that attending journalists would make the link, and lash whole articles to that tenuous analogy.

How many of the best space games on PC have you played?

Let’s indulge, then, and see how far the link goes. The plane was a collaboration between English and French engineers – the ‘concorde’ of the name – working in two languages and two measuring systems. The game is the responsibility of four studios spanning a couple of continents: Cloud Imperium LA, Austin, Frankfurt and Wilmslow, UK.

Derek Senior is one of four tech directors who work across oceans, fielding requests from designers and deciding which studio does what. Broadly speaking, Austin have handled Star Citizen’s server backend, Frankfurt the engine, and Wilmslow the game’s audio and graphics.

“We’ve done that deliberately so it does become easier to organise,” says Senior in the queue to tour the plane. “We’ve always said this: one of the challenges of having multiple studios is coordinating efforts. You end up having a lot of Skype calls.”

(Something like the multi-stage ship explosions that wowed the internet a couple of months ago will be handed back and forth between studios – with vehicle setup work conducted in LA and much of the graphics in Wilmslow.)

The four teams travel to regular summits at one or other of their offices. There the graphics specialists might spend the day together in meetings, and the evening learning the rhythms of each other’s conversations so that they can better communicate on Skype. They have to communicate well, since this is a project of triple-A proportions specifically targeting very high-end PCs – assembled by hundreds of developers who, for the most part, have never worked together before. 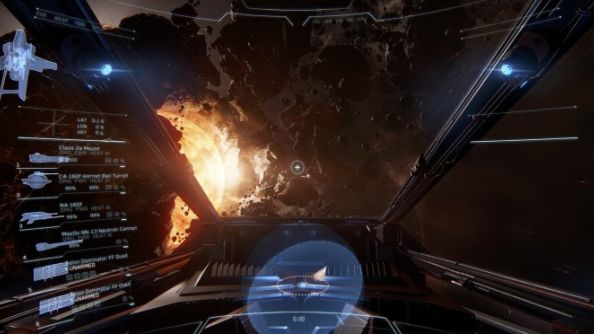 “Building a big company is always hard,” admits Senior. “It’s all about trying to get the right people on board and that’s the biggest challenge, especially with a project this big and this ambitious. But my own engineering department is probably the best group of people I’ve managed to work with. That means we’re looking very good for the future; we’ve got a good foundation.”

The common story for studios that suddenly find themselves flush with cash and rapidly expanding is that they lose their culture: there’s not enough time to pass down their way of doing things to newcomers, and middle-management gets in the way. The way Senior tells it, Cloud Imperium’s identity is instilled at the very top, by figures like Chris Roberts and brother Erin – who runs the UK studio in charge of Squadron 42.

“A lot of the character of the company is coming from other places we’ve worked,” he says. “We try and run a very relaxed atmosphere, we encourage people to move around, get up and talk to each other, discuss ideas.”

Relaxed is a relative term, of course. Senior mentions the “hum of industry” around his office, which has been dubbed Foundry 42. 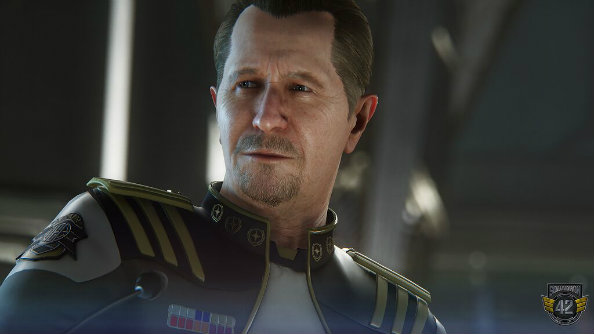 Star Citizen’s most vocal and visible opponent is Derek Smart, and at the root of his argument against the game is the idea that it’s simply impossible. If a seamless, all-encompassing space sim was doable, he reasons, it would have been done.

The concorde, too, pushed the boundaries of accepted practice: intended to go twice the speed of sound and fly at nearly twice the height of conventional commercial craft. From ‘69 to ‘76, six concordes flew without carrying a single passenger. Star Citizen is undergoing its own phase of prolonged testing, and sometimes the progress has been hard to see – even as Cloud Imperium have offered up the nitty-gritty details of development to backers.

“We’ve been doing a lot of work in the background,” explains Senior. “A lot of tech work, like the large world coordinates and the zone system and the level streaming. You don’t really see any benefits, so lots and lots of work and nothing tangible. 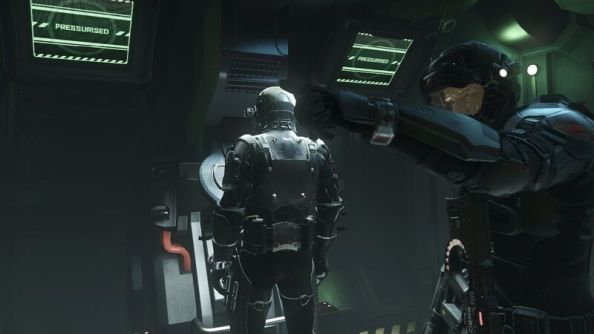 Later the same night, Cloud Imperium announce Star Citizen’s 2.0 alpha. The culmination of lots of that background structural work, it promises to pull together the game’s disparate pre-release modules. The build on show is buggy, but played live and undeniably impressive. A gaggle of players clamber into a ship and steer it to a base, where they’re all shot in first-person by bandits. The bandits take the ship.

The exhibition doesn’t move Derek Smart, and those in the room have long since invested in the idea of Star Citizen – but I suspect it might have changed the minds of more than a few watching the stream from home. 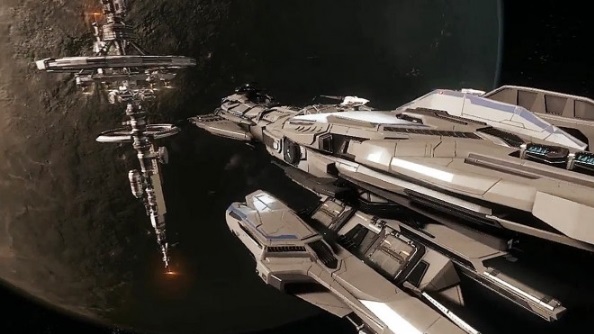 When the concorde returned to service after the Paris crash in 2000, the world’s elite had grown used to the more comfortable seats of first class and the flexibility of private planes. There simply weren’t enough passengers to cover the astronomical costs – the situation Cloud Imperium are working to avoid with ongoing crowdfunding that now nears $100 million.

The plane only ever had a 1.0. An industry turned its back on ambition, and became more sensible. Star Citizen isn’t a sensible proposition; it couldn’t have come from EA or Ubisoft. But the next time you’re battling across the ocean in seven and a half hours, strained-metaphorically speaking, think about the inky black space you’re not seeing out of the window.