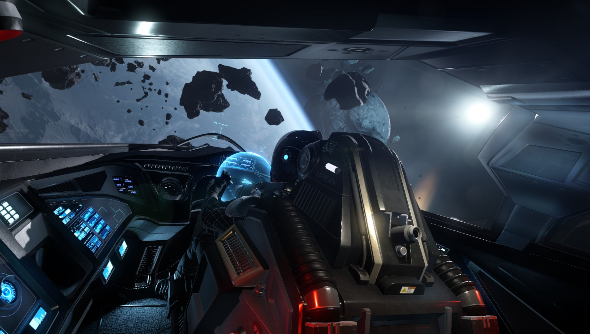 September 1: Cloud Imperium Games will no longer be charging for “E-Tickets” to this year’s CitizenCon.

Following outcry on Star Citizen subreddit, CIG founder Chris Roberts says “I am going to chalk this one up to experience.”

On the official forums, Roberts wrote that instead of charging fans for the virtual ticket, CIG will instead cut back on live-streaming crew and costs, but still stream both stages during the event.

Details regarding online access to this year’s CitizenCon were released Thursday night, and it was revealed that Cloud Imperium Games had planned to charge fans $20 for digital access to the convention.

The keynote speeches that will be given at the beginning and end of the convention will be streamed for free. All of the other presentations, however, as well as exclusive in-game cosmetics and the opportunity to buy exclusive merch, were to be attached to the ticket. Players who purchased a ticket will also receive one month’s subscription to Star Citizen. Now fans who “would like to support the additional costs of streaming” the complete event can purchase the optional CitizenCon “digital goodies package.”

In an FAQ on the game’s website, CIG claimed that “the scope of this year’s event, plus, [sic] the staffing and technical requirements of streaming two parallel stages, necessitates a ticket price. We strive to provide a digital experience that is as satisfying and comprehensive as possible.” However, given that previous CitizenCons have been free to stream online, some fans are disappointed in the company’s decision.

The game’s subreddit is currently awash with negative responses to the virtual tickets, with much of the front page taken up with criticism of the company’s decision. There has been some response from CIG, with the company’s founder, Chris Roberts, posting on the game’s forums explaining the reasoning behind the virtual ticket. He says that this year’s event is “much bigger than last year’s,” as CIG wanted to expand “to allow more people to attend and provide more opportunities to hear from and interact with the devs.”

Roberts goes on to say that “nothing was ever planned to be pay-walled or withheld from the community.” But while the company is “not likely to cover the costs of the additional coverage and live-streaming,” Roberts “felt we should be fiscally responsible and try to defray at least some of the additional costs.”

He also confirms that “the plan is to record all presentations” before eventually releasing them on YouTube, but “what we didn’t anticipate is how dearly some of you value watching the main CitizenCon presentation live.”

Similarities have, somewhat unsurprisingly, been drawn to the BlizzCon virtual tickets. Blizzard have offered those for several years, and reward patrons with in-game loot and up to 60 hours of panels. CIG’s event, however, is smaller-scale than BlizzCon, leading some disgruntled fans to suggest the comparison is not a valid one. CitizenCon 2018 will take place on October 10.