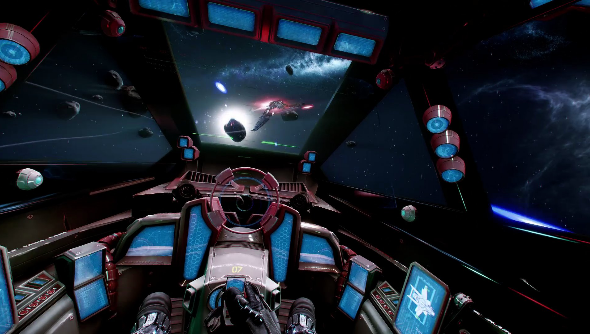 Star Citizen is still raking in the cash from its supporters, with the latest goal of $63,000,000 having been met. This comes just two weeks after the previous goal of $61million was met, demonstrating the incredible flow of cash the project is still receiving.

And if people are still in the mood to donate, the next milestone will throw small furry animals into the game.

RSI have set the next goal at $64million, and promise that at this level of funding pets will be added to the game. “We have repair bots, we have fish… but we haven’t implemented a traditional pet system in Star Citizen yet. At $64 million, that changes. From Jones the Cat in Alien to the Battlestar Galactica’s Daggit, pets have a place onboard starships… and we want to give you that option in Star Citizen. Expect traditional terrestrial options, plus anything exotic we can dream up in the Star Citizen universe!” explains the Star Citizen website.

That goal is almost certain to be met, as within the mere days of meeting the $63million milestone – a marker that didn’t even come with an in-game feature addition – funding has pulled in over another $500,000.

Previous stretch goals added first-person shooter elements and planetary exploration, making pets seems quite a small addition. Yet everyone loves a good cat, so it’s no wonder so many people are clawing at their wallets to donate.