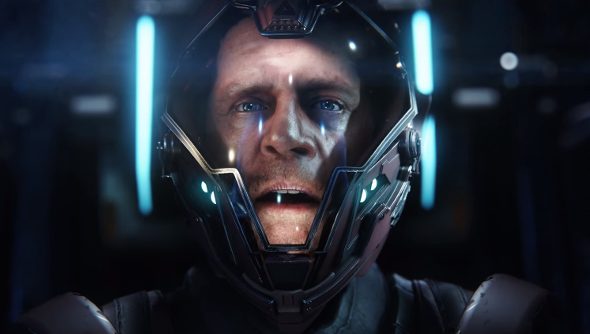 It’s gotten to about the end of the second act of Star Citizen’s development saga, and classical narrative theory dictates a twist is in order. So obviously Cloud Imperium has dumped their existing game engine after four years to swap to Amazon’s Lumberyard for the next patch.

For more of the best space games on PC look to the stars (or this link).

The change from Crytek’s CryEngine to the free Amazon-owned engine has not actually caused that much of a conflict, owing to the shared heritage of the two, Lumberyard being based on the architecture of Crytek’s own proprietary tools.

“We’ve been working with Amazon for more than a year, as we have been looking for a technology leader to partner with for the long term future of Star Citizen and Squadron 42,” said creative director Chris Roberts. “Because we share a common technical vision, it has been a very smooth and easy transition to Lumberyard. In fact, we are excited to announce that our upcoming 2.6 Alpha release for Star Citizen is running on Lumberyard and AWS.”

The 2.6 Alpha patch is now available to all backers and includes the first look at Star Marine, the game’s FPS module, which comes with two new game modes. As with all other patches, the 2.6 update brings a bunch of new ships (eight, this time) and balance passes, bug fixes, and quality of life improvements galore, so if you’d like to know about all of them check here.

The CryEngine jettison comes only a few days after Crytek announced five studio closures worldwide amid complaints of non-payment from employees at multiple locations including the now-shuttered Bulgarian studio, Crytek Black Sea. Development houses in Budapest, Istanbul, Seoul and Shanghai have also been closed, leaving just the Kiev and Frankfurt HQ remaining.