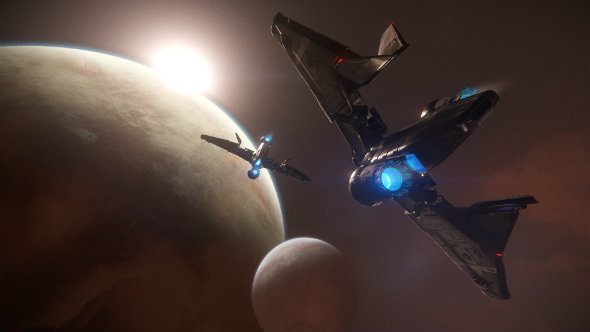 Star Citizen’s latest patch is a pirate’s paradise, adding in a grimy little hideaway for space sociopaths. There are also a few ships that have been declared flight ready, and you can now choose to land manually or automatically.

For more adventures in the cosmos, check out our list of the best space games.

The GrimHex outlaw base is hidden in the Yelaasteroid belt and you need to find its location yourself before visiting. Currently Grim HEX houses two shops: Skutters, a gun store with a focus on energy weapons, and KC Trending, a clothing store with unique merch.

Grim HEX will continue to expand with future patches with the addition of a bar, criminal missions and outlaw racing area.

As of this latest update, lawbreakers will now spawn (and respawn) at Grim HEX and will also no longer have Port Olisar as a Quantum Travel option, kicking off the game’s faction and reputation system and strengthening its persistent world.

Patch 2.5 also introduces the landing system, letting players set down automatically or manually to rearm and refuel their ships. Docking and obtaining landing permission will come in later updates.

There are also a bunch of new ships that have been declared flight ready, and you can check out the full roster on the official Star Citizen patch post.