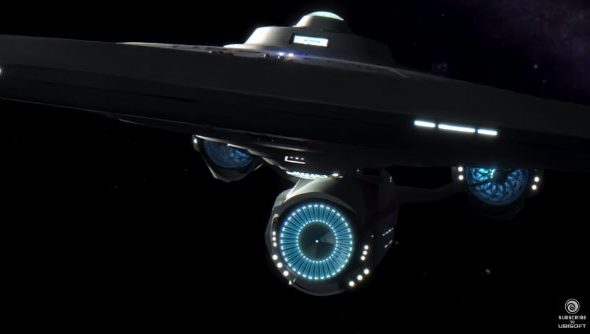 Ubisoft have revealed a co-op Star Trek VR game where you and your friends need to coordinate to pilot the Enterprise and fight off alien threats.

Taking more than a page out of the Artemis Spaceship Bridge Simulator playbook,Star Trek: Bridge Crew sits you and your mates in a virtual recreation of the famous spacecraft, with an engineer handling systems, a captain handling the orders, another on weapons, and you get the point.

The reveal trailer features Levar Burton, Jeri Ryan, and Karl Urban playing it in VR and looks like a lot of fun.

Now there’s just the small problem of finding friends who can afford the headsets, or even buying four yourself because why not.

Here’s the official blurb: “Star Trek: Bridge Crew is the only game to offer a true-to-life level of immersion in the Star Trek universe, where – as officers of the Federation – every action and decision you make together will determine the fate of your ship and crew.”

Have a watch of the reveal: