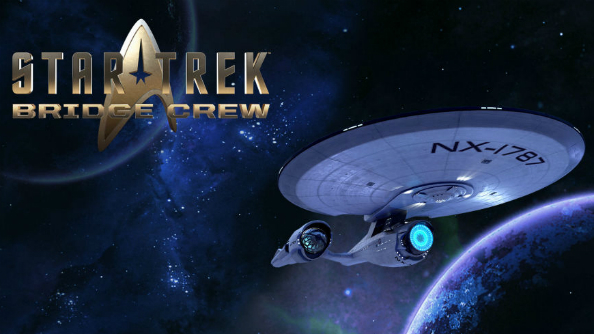 Ubisoft have slipped out a few details on how you and three friends can take over the Enterprise’s sister ship, the Aegis, in Star Trek: Bridge Crew. Fair warning though, it may be cheaper to buy an actual starship.

The four-player co-op VR experience puts a player in charge of tactical, engineering and the helm as well as a single captain to issue orders through a variety of missions.

From information gathered so far it requires four Oculus Rift or HTC Vive headsets and is being developed by Ubisoft’s Red Storm Entertainment studio.

Ubisoft have revealed the game, just a day before E3 officially opens, in an Associated Press interview with members of various Star Trek universes coming together to play the game.

Voyager’s Seven of Nine (Jeri Ryan) took charge of the torpedoes and Dr McCoy from JJ Abrams’ next film Beyond (Karl Urban) handled engineering while TNG’s Geordi La Forge (LeVar Burton) issued orders to them both. 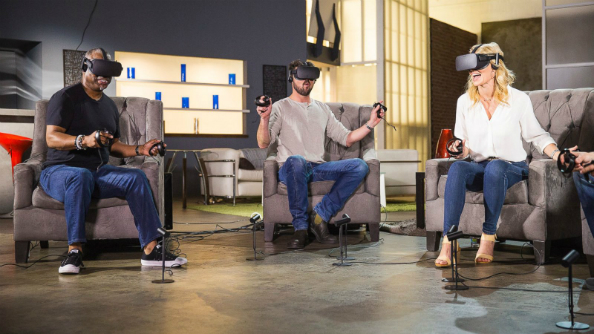 The three recorded a promotional video earlier this month set to be shown on Monday during Ubi’s stage show at E3. The picture above was provided to the AP by “Ubisoft and Celebrity Pre-E3 shows” so expect a few more familiar faces next week – even if they are obscured by headsets.

The Aegis, from Abrams’ version of the Star Trek universe, is tasked with exploring The Trench, an uncharted sector of space chosen as the starting point for a new Vulcan homeworld.

Missions involve either blasting Romulans or Klingons, or exploring space and players will need to work with each other to know which of the teeming mass of virtual buttons in front of them to press.

From activating warp drives, to beaming up survivors and putting relevant imagery up on The Big Screen, if you’ve heard it said on a Star Trek episode you can probably do it in 360-degree immersive VR.

“In a funny kind of way, it gave me a new understanding for the reality of what we as actors pretend to do in our jobs,” said Urban, set to reprise the McCoy role inStar Trek Beyondnext month. “When you’re playing the game, it’s almost like you’re not pretending. You’re actually doing it. In some ways, it’s one step closer to the experience.”