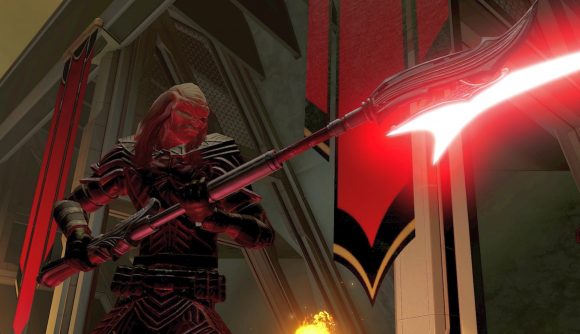 Star Trek Online is getting a major new expansion on PC this very day. Titled ‘House Shattered’, the MMORPG’s latest chapter sees the ongoing Klingon war continue to rage, with the addition of new content, characters, and even a new store – as of today (October 6), Star Trek Online will also be available on the Epic Games Store, alongside Steam and Arc Games. Plus, some of the new faces – or, rather, voices – joining Online for its new season might be familiar to fans, as some Star Trek veterans join the cast of House Shattered.

Star Trek Online: House Shattered brings an all-new episode to the online RPG game’s story called ‘Partisans’, developer Cryptic Studios and publisher Perfect World announce in a press release. This sees players head to Nimbus to seek refuge, find Captain Adet’Pa, and try to put a stop to J’mpok and Aakar, who are trying to hunt players down with the help of some Mycelial weaponry they’ve pinched.

Adet’Pa is voiced by Rekha Sharma, who previously played Commander Ellen Landry in both the Star Trek: Discovery show and last year’s Rise of Discovery update, while general Aakar is voiced by The Next Generation’s Robert O’Reilly. General Martok, who also features, is brought to life by Deep Space Nine’s JG Hertzler.

We got the chance to speak to Rekha Sharma about her Klingon character, Adet’Pa. “It’s so badass,” she tells us. “Why I love this character is she seems such a cool badass. And she’s not this stereotypical Klingon – I mean, all Klingons are badasses – but I love the nuance of the character, that she’s of House Mo’Kai, and so therefore of that spy background.” The actor adds that Adet’Pa is “elegant for a Klingon. That’s how the designers wanted her, and I really enjoyed that. You know, I didn’t make her as animalistic as some of the Klingons can be. She’s refined”. 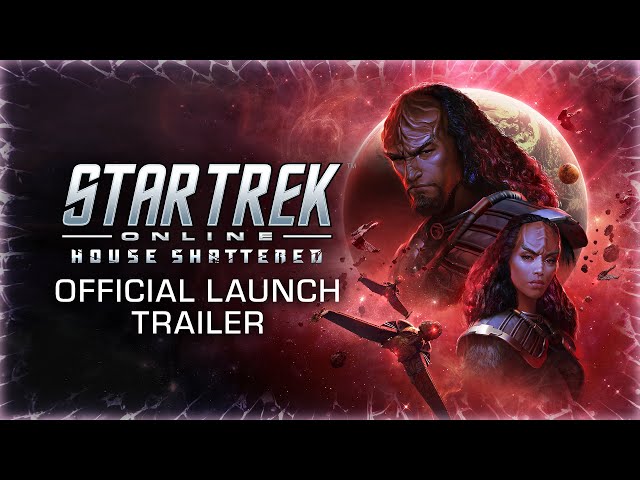 Other new content includes a new five-player Task Force Operation, inspired by Star Trek: Picard, called ‘Synth Wave’. This re-enacts an episode in the series’ plot – the 2385 Synth attack upon Mars. In addition, there’s a new Widening Gyre event on the way in the next month, which you can play to earn yourself some shiny credits towards a brand-new “four-piece Imperial Rift Space Set”.

Good news if you’re a fan of the Warzone Klingon storyline, or yet to try it out, too: there’s a “full revamp” of four of the arc’s missions coming in House Shattered (Bringing Down the House, The House Always Win, Mars, and The Bringer of War and Alpha, to be specific). Some new “Experimental Ship Upgrade Tokens” make their debut in the new season, too. These “give T6 and T5U starships a universal console slot and extra device slots, and an extra starship trait slot”. So, there’s plenty more to get stuck into in the expansion if you’re a STO fan.

“Without taking sides in a brutal civil war, it’s up to players to end the bloodshed and re-establish peace in the galaxy,” the studios explain. House Shattered arrives on PC today, so go get stuck in.