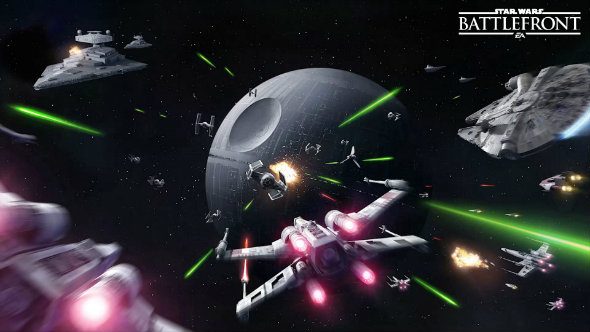 If you like fighting in wars in the stars, check out our list of the best space games.

As expected, it will be releasing in this year’s holiday season, likely replacing Battlefield’s slot in October.

It will be a bigger game than the first and will feature more locations and hero characters. This is likely because it will also span “multiple Star Wars eras”, according to Wilson. Whether that means the clone wars will show up is anyone’s guess.

I’d expect The Force Awakens and its upcoming sequel to feature, though. Perhaps we’ll also see more content from Rogue One, too, but that’s purely speculation.

Elsewhere, there was no word on whether seamless space battles will be included in the multiplayer portion, but there will be a single-player campaign this time around.

Development will be headed up by DICE, Motive Studios, and Criterion. After DICE’s strong Battlefield 1 campaign, I’m optimistic they can pull it off, particularly with the backing of Criterion and Motive.

I wonder if Portal designer Kim Swift will be helping out.