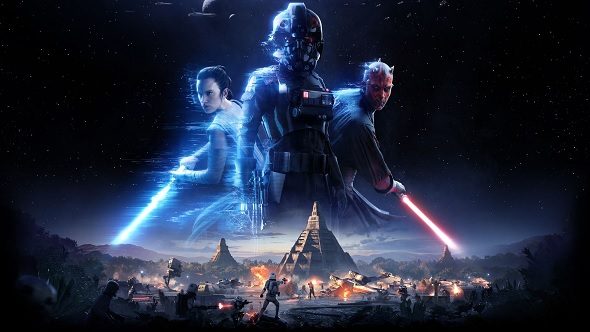 If you hated how you spawn as a vehicle, instead of physically climbing inside them and flying or driving off, in the last Star Wars Battlefront, you might be a little disappointed by this news. Seamless vehicle transitions in the sequel will be reserved for certain vehicles only, probably smaller ones.

The last game allowed players to jump onto a speeder bike, for example, but if you wanted to drive an AT-ST, you had to grab a pickup and use it to spawn as one. It’s not a massive problem, but it is a bit immersion-breaking.

Those pickups are gone in Star Wars Battlefront 2, instead replaced with some kind of resource system. EA haven’t been clear on how this will work, but it’s been implemented to give everyone a fair chance, not just those camping on pickups.

Still, it looks like you’ll still be spawning in larger and flying vehicles, if this excerpt from a recent Eurogamer interview is anything to go by.

“No, there will be. But that was referencing particular types of vehicles,” replies Webster. The interviewer then asks if seamless vehicles will be smaller, “like rideable Tauntans”. “Yes, along those sorts of lines,” answers Webster. As for the other vehicles, they “will be different”, he says, vaguely.

The entire interview plays out like this, with the representatives ducking the bigger questions. For example, when asked about the much-requested Galactic Conquest mode – you know, the one with the space battles that literally everyone wants? – they just said “The thing about the Battlefront fanbase is that there are lots of requests for lots and lots of different things.”

Make of that what you will.