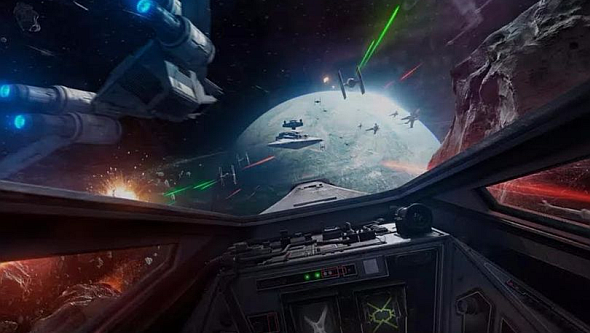 Criterion Games, who made a virtual reality mission for Star Wars: Battlefront, are among the studios attached to the sequel, and are working on “something awesome” for the forthcoming sci-fi action game.

Grow in the Force through the best Star Wars games on PC.

The story is among many to emerge from the Star Wars Celebration fan event over the Easter weekend, when EA took the wraps off Battlefront II in a big way. Developers from EA’s premier shooter studio Dice were joined by staff from Criterion and Motive, the studio founded in July 2015 by former Ubisoft exec Jade Raymond.

Criterion are based in Guildford, UK, and are best known for their work on racing franchises Burnout and Need for Speed. They worked on the speeder bikes in 2015’s Battlefront, and it was revealed back in January that they would return to work on the sequel.

However, their tech director Alex Mole teased “something awesome in Battlefront II” (as well as “Something Amazing” that sounds like it might be an independent project) on Twitter:

@fgandiya @sehurlburt @Wertle @CriterionGames Our most recent release was the VR mission for Star Wars Battlefront. Next up is something awesome in Battlefront II

Since it’s not news that Criterion were working on Battlefront II, there’s a chance Mole is talking about a bigger surprise, and everyone in the resulting thread is calling for VR missions (apart from this guy asking for lightsaber fights with motion-sensitive controllers, which, we’ll admit, would be pretty damn cool).

Criterion made a companion mission for 2015’s Battlefront in which the player takes on an Imperial Star Destroyer in an X-Wing (here’s a video, courtesy of IGN). It was exclusive to PlayStation VR, so here’s hoping that if –if –Criterion are working on a more substantial VR component for Battlefront II, it comes to PC headsets.