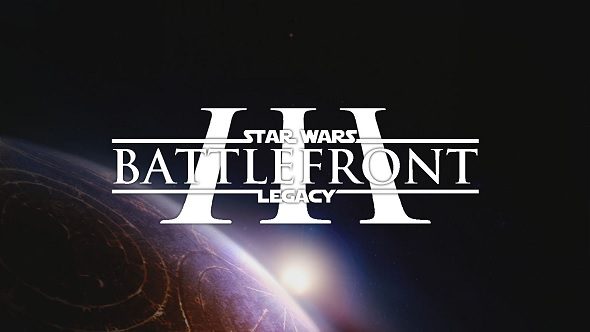 While EA currently have the rights to Star Wars Battlefront and are continuing to take the series in their own direction, a subset of fans still pine for the earlier versions of Star Wars Battlefront. With footage of the original Battlefront III surfacing online a few years ago, a dedicated team of fans are attempting to recreate Free Radical’s Battlefront III, using that footage along with art assets scavenged from leaked prototypes and other sources.

Using the catchy title of ‘Star Wars Battlefront III Legacy’, this mod for Battlefront II tries to accomplish many of the things Free Radical were attempting with BFIII. This includes the much desired ‘Space to Ground’ combat, where players could jump in a fighter and quickly fly up into space to participate in the dogfight happening on the planet’s surface. The mod team also intends to add in the three maps seen in the various bits of leaked Battlefront III footage, as well as converting existing Battlefront II maps to have both Galactic Civil War and Clone War assets on them.

With this second open beta release of the mod, the BFIII Legacy team have added the separatist planet of Cato Neimoidia, new classes like the Droideka and General Grievous’ Magnaguards as well as a new Jedi hero simply called ‘The Legend’. You can see all of these new additions working in the video above.

If you are interested in playing through this fan interpretation of Battlefront III, you can download the open beta via modDB. You will need a copy of Star Wars Battlefront II to run it of course, which is currently available on Steam for $9.99/£6.99.

With a playable single player build of Free Radical’s Battlefront III leaking back in January, along with the game’s training mode in September 2016, I expect more models will be imported into this mod to make it as close to Free Radical’s vision as possible. The Battlefront III recreation scene has opened quite a few doors for fledgling studios, as Frontwire Studios’ initial recreation of Battlefront III blossomed into its own game, Galaxy in Turmoil which is scheduled for release on Steam sometime this year.