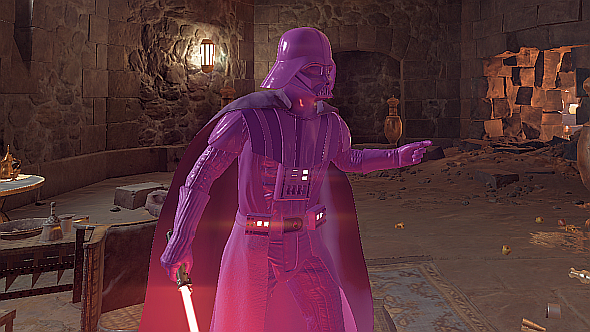 Back when EA first disabled Star Wars: Battlefront II’s microtransactions – amid an Internet hatestorm of rare violence – they did say they would return one day. That day is March 21, and the publishers have explained what’s changed. In summary: skins are coming, and they’re direct purchases, rather than random loot box prizes.

Refresh your memory of the miserable old system: here’s how Battlefront 2’s microtransactions used to work.

Players will now earn experience points for the classes, heroes, and ships that they choose to play in multiplayer. With each new XP level, you get a skill point that you can spend unlocking or upgrading a Star Card.

As I’m sure you remember, Star Cards (and expensive heroes) sparked the initial controversy.They granted various in-game buffs and powers and could be upgraded with duplicate cards, which could be found in crates, which could be purchased with real money.

Crates no longer include Star Cards, and cannot be purchased. They can now be earned by logging in daily, or by completing milestones and challenges. They contain credits and cosmetics – such as emotes – but nothing that affects gameplay.

So where are the microtransactions in all this? The real-money currency, crystals, will return, but they are divorced entirely from Star Cards. The only thing you’ll be able to buy with them are new looks – called ‘appearances’ for your heroes and troopers. You’ll also be able to buy appearances with credits, in-game currency. EA say “the first new appearances are coming soon,” and tease a Rodian Resistance fighter.

Importantly, there is no loot box-style RNG element: you’ll be able to buy these appearances directly, with either in-game or real-money currencies. The question isn’t wholly settled – I hope the XP and Credit gain rates aren’t punishingly slow – but if there is no devil lurking in such details, this is a pretty generous system.

So basically, Battlefront II is getting skins. This is a bit of a U-turn after EA CFO Blake Jorgensen argued skins wouldn’t fit in the Star Wars universe with thereductio ad absurdumexample of a pink Darth Vader. Funny how these things sometimes go.

The Battlefront II Progression update drops next week. Here’s the announcement from EA.

Pink Vader image credit: Destauch. Add some sparkle to the Dark Lord of the Sith via their page at Nexus mods.