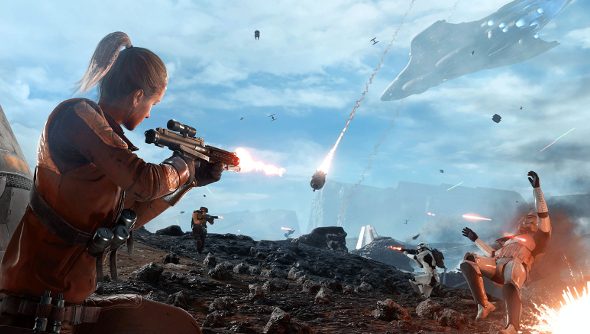 The latest Star Wars Battlefront live action trailer is a terrifying, borderline-apocalyptic advertisement which implies that the game will pluck people out of their lives and insert them into a hellish dimension where they will fight battle after battle for all eternity. All that they leave behind are their clothes and loved ones.

Last month’s beta sold me on Battlefront. It’s not a deep game, and I can’t say I’m a fan of the powerups that litter the battlefield, but it’s a strikingly authentic simulation of Star Wars conflicts and, really, that’s all I wanted.

After watching this trailer, I’m less convinced. I love Star Wars, but I also love my friends and family and not being ripped out of my life and forced to go to war in a fictional realm like poor Anna Kendrick.