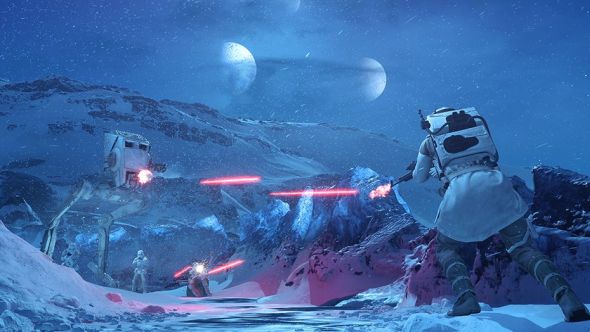 If you’re a fan of shooting stuff – and who isn’t – you should check out the best shooters on PC.

Dice’s associate design director Dennis Brännvall broke the news on Twitter in response to a fan poll. With 269 votes, 86% of responses called for Conquest to be added to the Battlefront sequel, but Brännvall shot the idea down.

Conquest is a game mode in which teams compete to capture and hold a number of control points on a large map, typically with a finite number of respawns each. Though it may seem a niche complaint, there has been growing community pressure to add a conquest mode to Battlefront II, as can be seen in the disappointed Reddit reaction.

CapnBlondeBeard points out that “conquest was in both original battlefront titles” and even goes so far as to say “even if they didn’t include the clone wars era I probably still would’ve bought the game if it had conquest. Not so sure now.”

Brännvall’s reply suggests Dice are trying to keep the two franchises distinct from one another, having decided that they don’t want Battlefront to be perceived as a Star Wars reskin of Battlefield. Personally, I don’t see why this would be such a bad thing; it’s what many fans clearly want and there’s no risk of cannibalising EA’s own products (*cough* Titanfall 2 *cough*) since Battlefront II won’t be competing against a new Battlefield game when it releases inAutumn 2017.

Still, I’m sure they have their reasons.