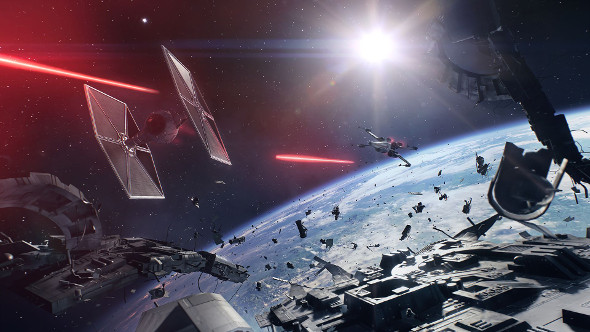 Star Wars’ obese intergalactic slug is being added to Star Wars Battlefront where he’ll hand out quests in the form of Hutt Contracts.

If you wish Star Wars Battlefront still had dogfights beyond the planet’s atmosphere, you can always scratch that itch with our picks of PC’s best space games.

A free updatelaunched for Star Wars Battlefront yesterday. It added new multiplayer map Survivors of Endor, a new warzone based on the aftermath of the second Death Star’s destruction that supports Walker Assault, Supremacy, and Turning Point.

Additionally, it added a new co-op or single-player Survival Mission based on a rejigged Tatooine map. The trailer revealing these additions also contains a tease for those Hutt Contracts, which seem like they’ll be bonus objectives you can tick off to claim awards from the sentient blob.

The new maps are live, and more information on old Jabba is coming soon.

Say what you like about Star Wars Battlefront, but the pace of its updates are at least impressive, even if the pair of “iconic heroes” added to the game in its recent DLC weren’t.