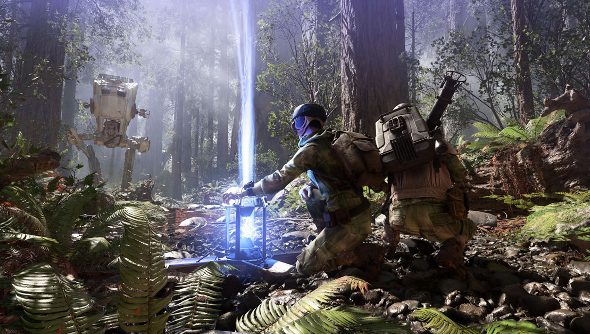 Star Wars Battlefront won’t feature iron sights aiming, DICE executive producer Patrick Bach has confirmed. Rebels and Imperials will be shooting from the hip, much like their cinematic counterparts, who were all terrible marksmen.

DICE has previously emphasised that Battlefront won’t merely be a Star Wars reskin of Battlefield 4, and the lack of iron sights is a pretty significant difference.

“There are no iron sights in Star Wars, on the ordinary blasters,” Bach said in an interview with OXM. “You have scopes on some rifles, but there are no ironsights.”

Bach also explained that DICE was trying a lot of new things with Battlefront instead of using Battlefield as inspiration.

“We’re not taking into account what we’ve done before, because I think that would be disrespectful to the fans, and to what we’re trying to achieve here. A lot of the things you saw in the game have nothing to do with anything we’ve done before. Some features of course resemble [our other shooters], because we want to make the best possible shooter, but in general we’ve tried to do something completely unique”